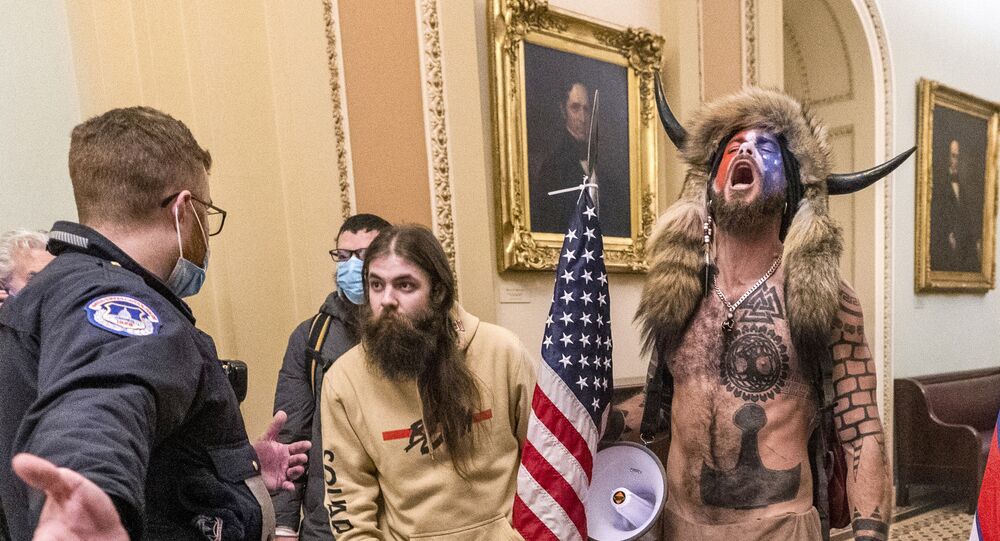 Jacob Chansley, better known now as the “QAnon Shaman,” gained nationwide notoriety after he was photographed storming the US Capitol while donning a horned, fur-lined headdress. He has remained behind bars since early January.

A federal judge ordered Chansley to undergo a mental health evaluation on Friday after his lawyer questioned whether or not he would be competent enough to stand trial for offenses committed during the deadly US Capitol riot.

US District Judge Royce Lamberth declared in his order that Chanlsey must be relocated to a “suitable facility” that will effectively examine the defendant’s mental standing for a period of no more than 30 days.

Aside from the evaluation offering a description of tests and examinations undertaken, officials are expected to pinpoint whether Chansley is “presently suffering from a mental disease or defect rendering him mentally incompetent to the extent that he is unable to understand the nature and consequences of the proceedings against him or to assist properly in his defense.”

Lamberth’s order was issued after Albert Watkins, Chansley’s lawyer, relayed during legal proceedings that the last several months in pretrial detention have had a lasting effect on his client’s mental status and well-being.

Watkins told the Washington Post that his “goal and objective is to put [Chansley] in a position where he does not decline,” and where he is able to obtain the “health care that’s needed.”

The legal representative also indicated that COVID-19-implemented protocols were specifically having an effect on Chansley, as the 33-year-old Arizona native was spending about 22 hours in confinement. “[That is] something even obviously the healthiest of individuals would find challenging,” Watkins remarked.

Prosecutors involved in the case have not opposed the evaluation, noting that they have a standing to challenge any incompetency finding.

Chansley is presently being held on various charges, including civil disorder, obstruction of an official proceeding, and entering and remaining in a restricted building.

Earlier, Chansley made headline news after he was transferred to a different detention center so that jailers could adhere to his dietary restrictions, and again after he remarked during a CBS News interview that he stopped vandalism during the Capitol riot.