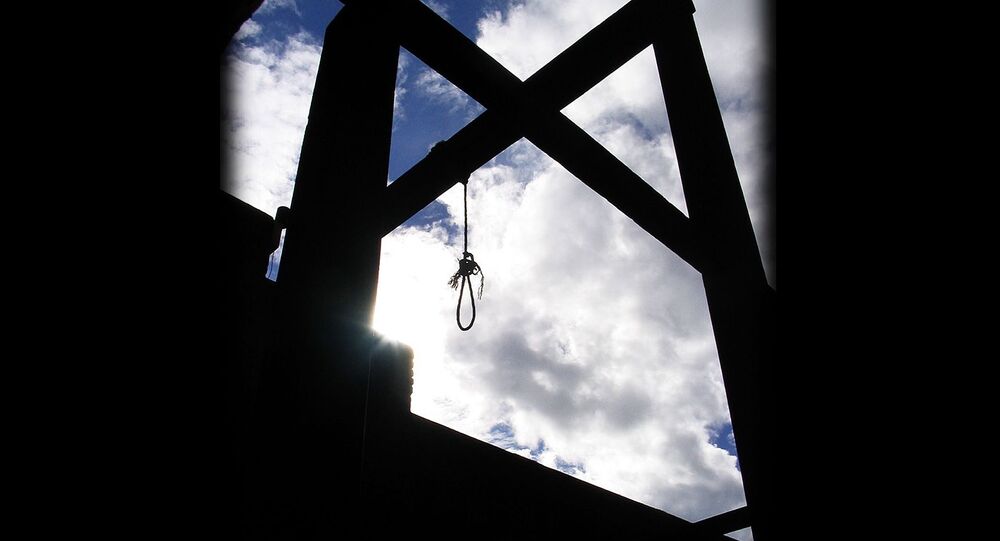 Since April 27, authorities in Windsor, Connecticut, have been repeatedly called to the construction site of a new Amazon warehouse after employees discovered nooses hanging from the facility's beams. "To me this is a hate crime, should be investigated as such and we won’t want it to lead to anything worse," said Windsor Mayor Donald Trinks.

Amazon has announced that it will be temporarily suspending the construction of its new warehouse in Windsor after a seventh noose was found at the site, which is approximately 11 miles (18 kilometers) from the state capital of Hartford.

"We continue to be deeply disturbed by the incidents happening at the construction site in Windsor,” an Amazon spokesperson told the Associated Press. "Hate, racism or discrimination have no place in our society and are certainly not tolerated in an Amazon workplace."

The company has stated that it will reopen the site for construction on Monday, after additional security measures were taken.

The Federal Bureau of Investigation (FBI) and state police have been called in to assist Windsor authorities.

News of the temporary closure comes just a day after authorities held a news conference on the matter with the Connecticut chapter of the National Association for the Advancement of Colored People (NAACP).

"We’re here to make sure that people are safe," said Connecticut NAACP President Scot X Esdaile. "We’re making sure that the voices are heard and that this situation is dealt with in a professional and adequate way."

Carlos Best, a foreman at the Amazon construction site, said on Thursday that he has "seen a lot of racism" while on this job.

"This is not the only construction site that these things occur on, and it has to stop," he told reporters.

Amazon, site contractors and the project developers have pledged a $100,000 reward for information on the suspect - or suspects - who left the nooses.