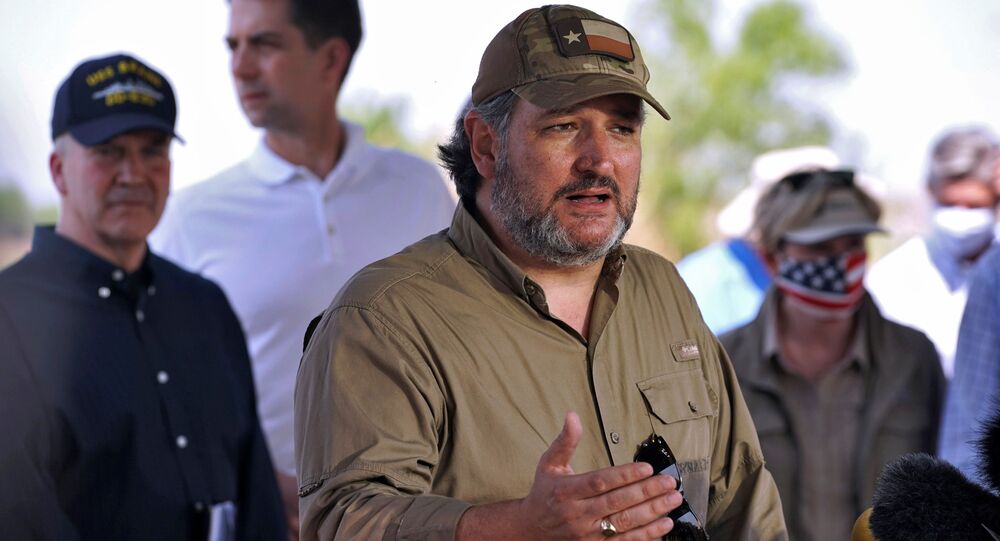 The lawmaker rejected the allegation that he had tried to "attack the military" by comparing the Pentagon's ad to one created for the Russian military.

Republican Senator Ted Cruz has landed in hot water over a publication on Twitter in which he ridiculed a recent recruitment video from the Pentagon that put emphasis on US Army Cpl. Emma Malonelord, the wedding of her two mothers, and her participation in LGBTQ marches.

The senator suggested that promoting "a woke, emasculated military" in the ad is not the best idea and reposted a video that compared the Pentagon's ad with a promotional video, reportedly created by a group of volunteers for the Russian contract army back in 2014. The latter showed a group of men working out and practising firearms handling, with a background voice calling for potential candidates to test their limits and capabilities in the Russian military.

While some netizens agreed with Cruz's criticism, others saw his post as an attack on US servicepeople, hailing the Russian military over American forces and accompanied their tweets with the #emasculaTED hashtag, which briefly trended on Twitter. Democratic Senator Tammy Duckworth, a National Guard veteran who lost her legs in combat, was among the first to condemn the Republican for his words and challenge his logic.

Perhaps he should be thanking these badass women?

Another veteran, writer Charlotte Clymer joined the criticism, calling Cruz a "coward and hypocrite" on the grounds of him never serving in the armed forces.

That young soldier who you claim "emasculates" our military has more guts and strength of character on her worst day than you've ever had at your best.

VoteVets, a political group that promotes veterans running for offices, went even further, accusing the senator of "loving" Russians.

"Ted Cruz attacks a US Army soldier for telling her story, says he prefers Russians", wrote VoteVets - a liberal political group that advocates for veterans running for office.

The GOP senator himself dismissed the criticism, insisting that he never attacked the US military, calling them the "greatest". He pointed out, however, that this could easily change, should the current recruitment trend continue.

Uh, no. We have the greatest military on earth, but Dem politicians & woke media are trying to turn them into pansies.