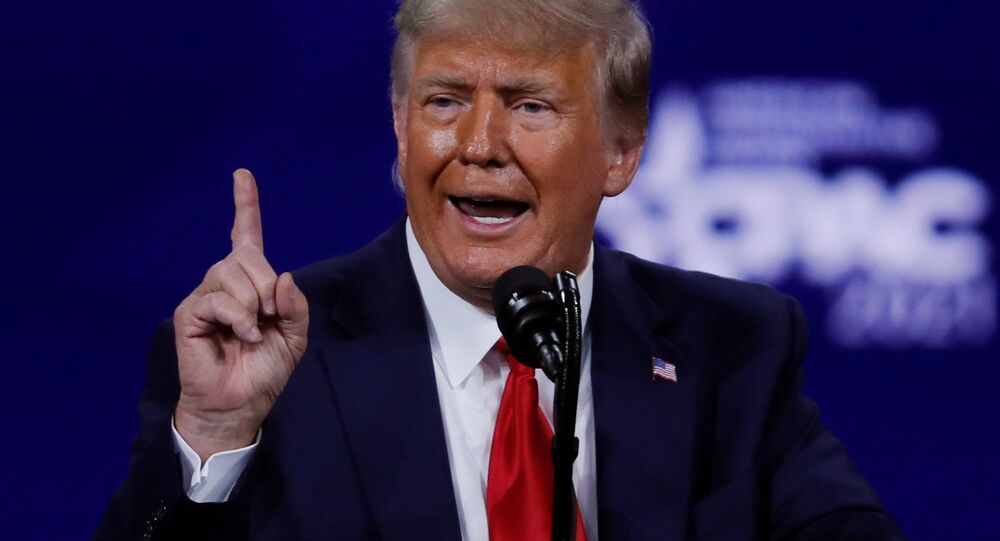 Ex-US President Donald Trump has repeatedly said that he uses the term because the coronavirus "comes from China", something that Beijing rejects.

A Chinese American civil rights group has reportedly launched a lawsuit against Donald Trump over the former POTUS' use of terms such as "China virus" to describe COVID-19.

The celebrity gossip website TMZ reported that the Chinese American Civil Rights Coalition (CACRC) is suing Trump for about $22.9 million as the group claims the 45th US president using derogatory terms added to the recent rise in violence against Chinese and other Asian Americans.

A recent study revealed that there had been an almost 150 percent spike in reports of anti-Asian hate crimes last year after the first reported outbreak of the pandemic in Wuhan, China in late 2019.

CACRC also reportedly asserted in the lawsuit that Trump shouldn't have used the "China virus" expression because it's still not entirely clear where the disease actually originated.

© REUTERS / Aly Song
WHO COVID-19 Origins Report Finds Wuhan Lab Leak Conspiracy Theory ‘Extremely Unlikely’
According to the group, it plans to use the money to build a museum about the history of Asian American Pacific Islanders (AAPI) in the US.

The ex-POTUS frequently referred to COVID-19 as the "China virus", the "Wuhan virus", or "Kung Flu", claiming that he uses the term because the disease "comes from China" and that his using the expression is "not racist at all".

In March 2021, a report by the World Health Organisation (WHO) compiled in collaboration with Chinese officials, insisted that it's "extremely unlikely" the coronavirus escaped from a Chinese research lab in Wuhan.