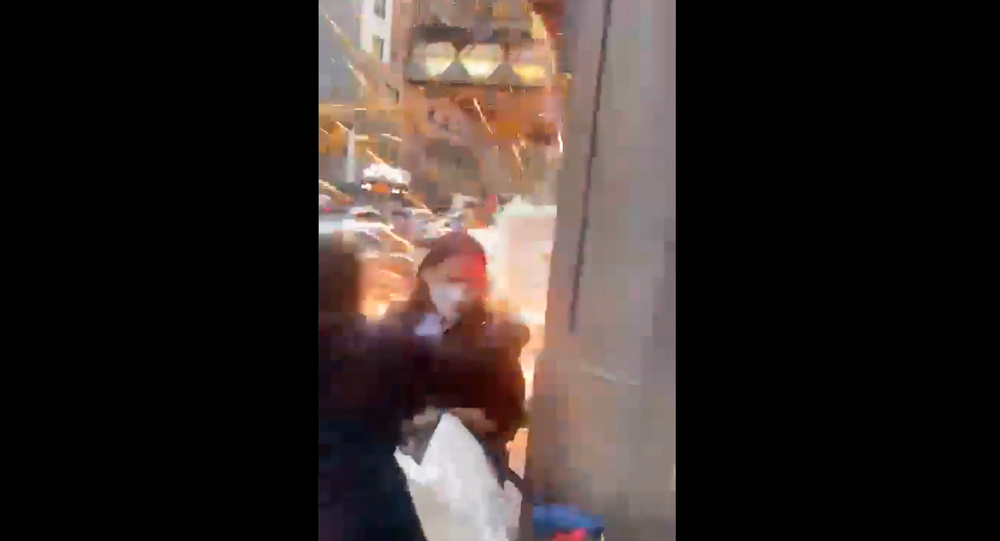 Videos: Blast Goes Off in New York City Amid Clashes With Pro-Palestinian Demonstrators

Over the last 11 days, tensions have remained at an all-time high between Israel and Hamas, with thousands of rockets being exchanged along the Gaza Strip and the death toll increasing daily. Earlier, the office of Israeli Prime Minister Benjamin Netanyahu announced that a cease-fire had been reached between all involved parties.

Newly surfaced video footage captured the exact moment on Thursday that an explosive device was ignited in New York City’s Midtown quarter and sent nearby locals running to safety.

The incident is said to have unfolded at approximately 7 p.m. local time in the city’s Diamond District, a commercial stretch along Manhattan’s 47th Street that encompasses about one block and also happens to have a strong Jewish presence.

Video footage of the blast shows dozens initially standing on a sidewalk and then suddenly turning to run away from the area before an explosive device goes off.

Although follow-up video of the scene has an individual indicating the device was a bomb, the origins of the device remain unconfirmed. It has also been suggested that the item was a firework.

Video: As the smoke cleared in NYC. (Please beware of language) pic.twitter.com/oKdKTLfP5v

It’s unclear if the blast caused any severe injuries or if any arrests have been made as a result. Local law enforcement officials did respond to the area, video footage shows.

Additional recordings suggest the blast took place as verbal disputes broke out in the middle of a nearby street between locals and a group of individuals holding the Palestinian flag. However, the root cause of the altercation is uncertain, despite reports being voiced on social media.

The late Thursday incident took place after it was confirmed that a cease-fire had been reached between Israel and Hamas “without preconditions.” The agreement took effect at 2 a.m. local time.

The deadly exchanges between the two parties broke out after entry restrictions were placed at the al-Aqsa Mosque amid Ramadan, with tension being further escalated after an Israeli court ruled in favor of evicting several Palestinian families whose homes were located in Jerusalem’s Sheikh Jarrah community.