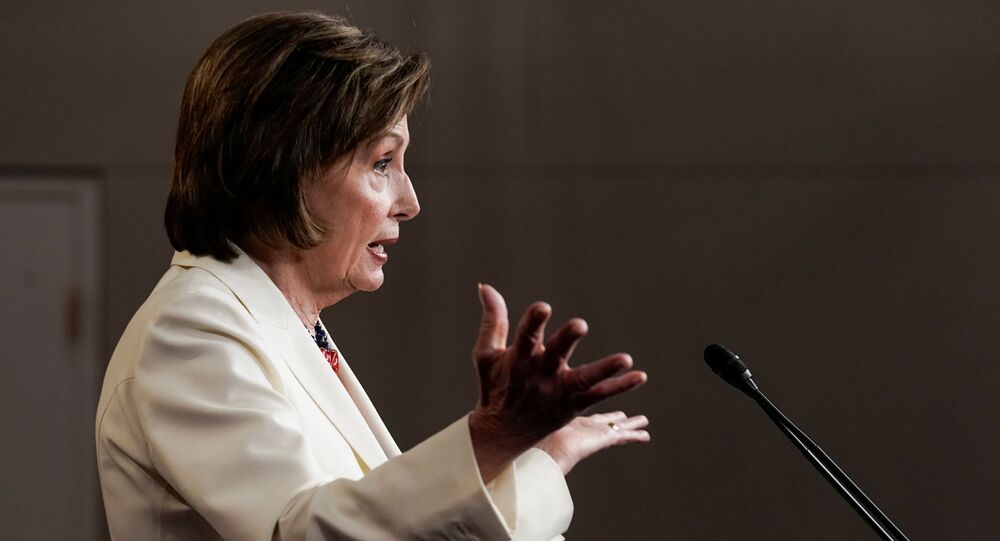 At the onset of the Capitol riot, congressional lawmakers, as well as ex-US VP Mike Pence, were whisked away to safety as hundreds of people, including Trump supporters, stormed the federal building in a bid to halt the certification of the election results. Lawmakers eventually resumed the process, but only after police were able to restore calm.

Reflecting on the chaotic events that unfolded on January 6 in Washington, DC, US Rep. Greg Pence (R-IN) accused US House Speaker Nancy Pelosi (D-CA) on Thursday of not wanting to call Congress back into session to resume the certification process.

In a rare hallway interview with reporters, Pence, who is the older brother of the former US vice president, alleged Pelosi had wanted to put off the certification for a period of several days, marking the first time that such remarks were made.

“[Mike] was a hero. He wouldn't leave. He said, ‘I'm going to gavel back in,’” Pence told reporters in the hallways of the US Capitol. “Nancy Pelosi said, ‘We can't come back for two or three days,’ and [the vice president] said, ‘As soon as the Capitol Police - the heroes - clear the building, I'm gaveling back in.’”

Pence was one of various lawmakers who were taken to a security bunker while the US Capitol was being ransacked by protesters, many of whom were caught calling for the former vice president to be hung for allowing the election to be certified in the first place.

By the time that Pelosi caught wind of Pence’s Thursday remarks, she was quick to strike the allegations down, stressing that the Indiana representative “completely does not know what he’s talking about.”

“I was a force for coming back from the start, and I was glad it was bipartisan that we all agreed to come back,” Pelosi told members of the press, adding that Pence “knows not of what he speaks, and he can ask his brother if he wants to get any information.”

As lawmakers in the US House of Representatives resumed their duties on January 6, Pence became one of 138 Republicans who opted to object to the election results, which later confirmed then-challenger Joe Biden as the next American president.

Pence’s latest remarks came as he voted against a $1.9 billion funding measure to upgrade security standards at the US Capitol in light of faults highlighted by the January riot. The lawmaker’s stance also came on the heels of his Wednesday vote against a bipartisan effort to establish an independent commission to investigate the deadly insurrection.