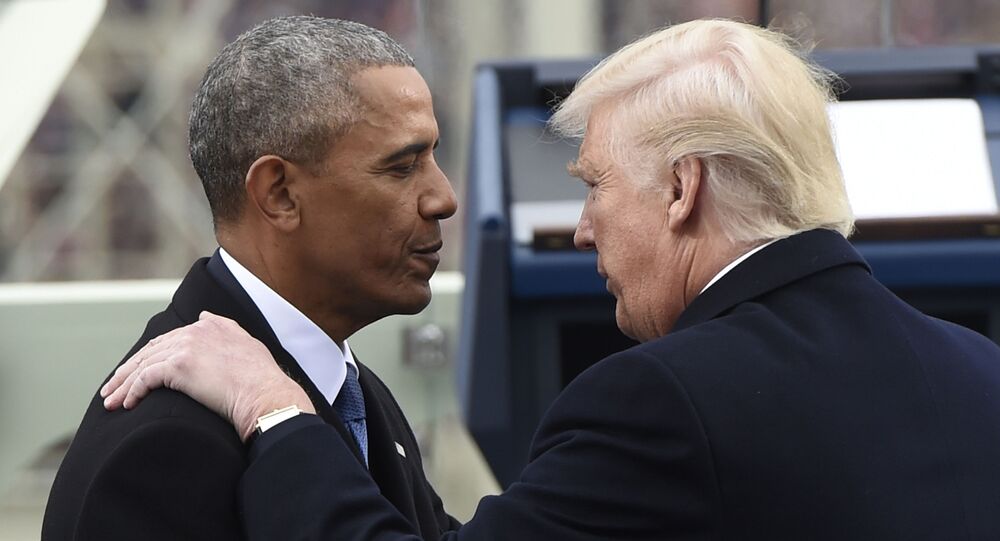 In late November 2020, Barack Obama berated then-POTUS Trump for his reluctance to concede defeat to Democrat Joe Biden, referring to "dictators", who "can do anything to stay in power".

Former US President Barack Obama used stern language to slam his successor at private fundraisers and events during the 2016 campaign and Donald Trump's term in office, a new book has claimed.

Atlantic staff writer Edward Isaac-Dovere's book titled "Battle for the Soul: Inside the Democrats' Campaigns to Defeat Donald Trump" is due to be published next week.

"He's a madman", Dovere quoted Obama as telling "big donors looking to squeeze a reaction out of him in exchange for the big checks they were writing to his foundation".

The alleged remarks were made after Trump assumed office in January 2017, according to the book, a copy of which was obtained by The Guardian.

The author argued that Obama once said at a fundraiser that he "didn't think we'd have a racist, sexist pig", also referring to Trump as "that f***ing lunatic" and a "corrupt motherf***er".

Dovere's claims come after a report by The New York Times in late July 2020, when the newspaper argued that the 44th US president had accused Trump of being engaged in racism-related rhetoric. Obama reportedly made the remarks during a fundraising event for then-presumptive Democratic presidential nominee Joe Biden.

"What he has unleashed and what he continues to try to tap into is the fears and anger and resentment of people who, in some cases, really are having a tough time and have seen their prospects, or communities where they left, declining. And Trump tries to tap into that and redirect in nativist, racist, sexist ways", Obama reportedly asserted.

© AFP 2021 / CHANDAN KHANNA
Barack Obama Says Donald Trump Does Not Appeal to US ‘Code of Masculinity’
"You know Obama's now campaigning. Oh, here we go. […] There was nobody that campaigned harder for Crooked Hillary Clinton than Obama. He was all over the place", Trump told a campaign rally in Gastonia, North Carolina in late October 2020, shortly before the 3 November US presidential election.

He also reproached Obama for initially remaining silent about his support for Biden, in an apparent reference to the 44th president declining to endorse the ex-vice president in the 2020 Democratic primaries until there was a clear winner.