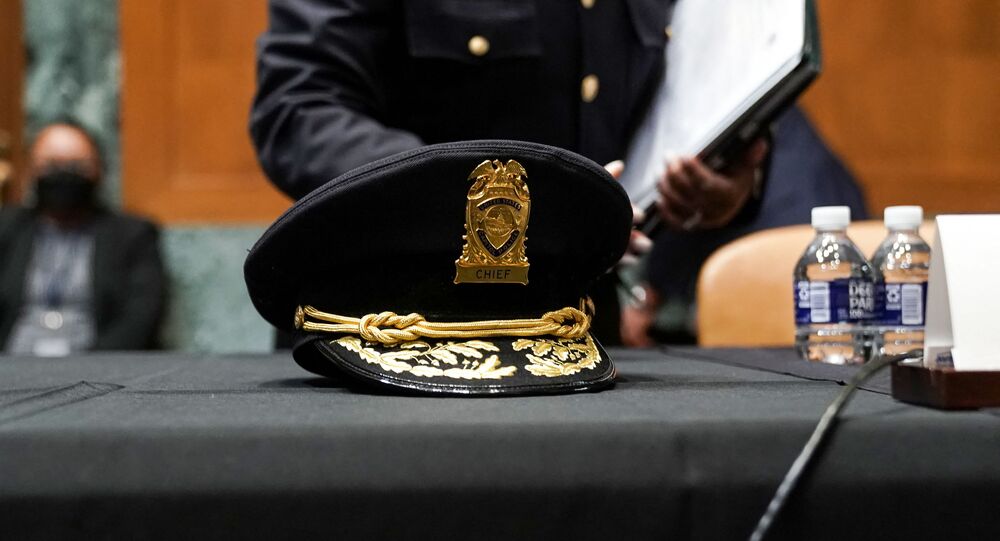 The US House of Representatives earlier in the day green-lit legislation envisaging the creation of an independent commission to investigate the deadly 6 January Capitol Hill riot, with the bill now proceeding to the Senate.

The US Capitol Police took to Twitter to clarify that they have not taken a position on legislation to create a commission to investigate the deadly 6 January Capitol riot, distancing themselves from a letter that was released earlier by "members of the United States Capitol Police".

On behalf of some anonymous US Capitol Police officers, the letter expressed disappointment in the opposition of Republican leaders in the Congress to legislation on the creation of a commission, and went viral amid the US House vote on the corresponding bill.

"This is NOT an official USCP statement", the Capitol Police stressed. "The Department has no way of confirming it was even authored by USCP personnel. The US Capitol Police does NOT take positions on legislation".

USCP does NOT take positions on legislation. pic.twitter.com/LSu38jbIqd

While the official USCP letterhead was used in the letter, its authors remained anonymous, only signing "Proud Members of the United States Capitol Police". The document has no signature from the organisation or its chief.

“We, members of the United States Capitol Police, write this letter to express our profound disappointment with the recent comments from both chambers’ minority leaders expressing no need for a January 6th commission”, the letter said.

This is going viral before anyone confirms who it is actually from - and it is signed by anonymous “members” of the Capitol Police, not by the organization itself or its chief. Caution recommended! pic.twitter.com/4nUi8pMUjW

​According to reports circulating on social media, the letter was sent from the office of Representative Jamie Raskin, and the officers reportedly preferred to stay anonymous "because they are afraid of retribution for speaking out".

Raskin issued a statement on the decision by the US House to approve the creation of a 6 January Capitol attack commission, touching on the anonymous letter.

"I want to salute all the brave Capitol Police officers who defended us on January 6th and thank the ones who penned a powerful anonymous letter about the trauma and anguish they faced while protecting Members of Congress, our staff, our Capitol and our democracy on January 6th", Raskin stated.

Earlier in the day, the US House passed legislation in a 252-175 vote to create a commission to investigate the deadly 6 January riot, with 35 Republicans supporting the initiative.

It is now up to the US Senate to decide the fate of the bill to create a commission on the Capitol riot, which took place on 6 January, when supporters of former US President Donald Trump stormed the building in an attempt to prevent the certification of the presidential election results, claiming that the election was stolen.