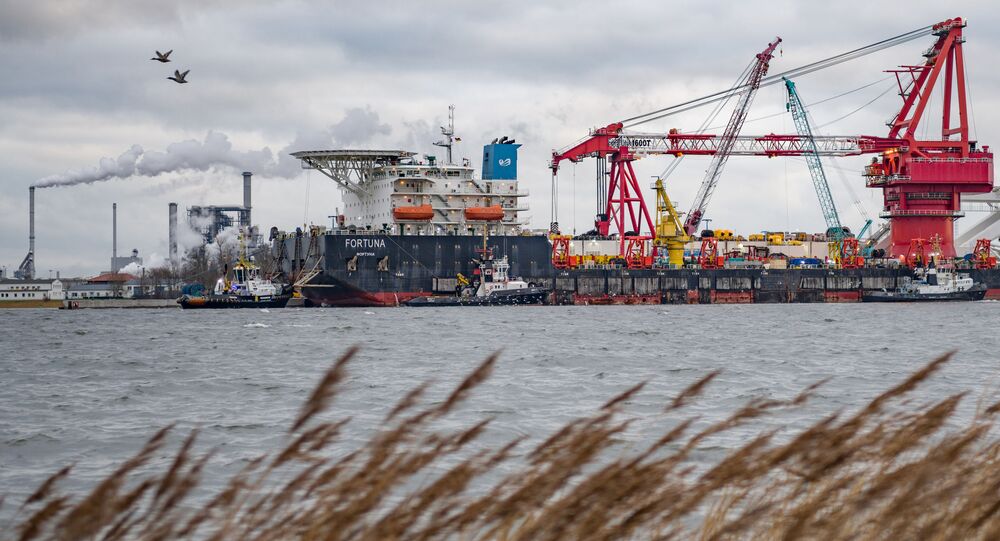 US to Use All Available Tools to Stop Nord Stream 2 Pipeline, State Dept. Says

"Broadly speaking, the administration is committed to using all available tools... to stop the Nord Stream 2 pipeline from being completed... Our goal is to reinforce European energy security as well as to safeguard against any type of predatory behavior that Russia has demonstrated in its past actions," Porter said during a briefing.

Earlier on Wednesday, Bloomberg reported that the Biden administration is waiving new sanctions that it imposed on a company constructing the Nord Stream 2 pipeline due to national security reasons.

Lawmakers in the US House Foreign Affairs Committee on Wednesday agreed to work on legislation to impose sanctions on vessels and entities involved in the completion of the Nord Stream 2 pipeline.

Pfluger made the comment while trying to introduce an amendment to the Crimea Annexation Non-Recognition Act that would impose sanctions on vessels and entities engaged in the construction of the Nord Stream 2 pipeline. The congressman explained the potential sanctions would be imposed under the Protecting Europe's Energy Security Act.

However, Congressman Gerry Connolly convinced him to withdraw the amendment to prevent “diluting” the intent of the Crimea Annexation Non-Recognition Act. Connolly said he agreed with Pfluger's concerns and offered to work with him to find another route to advance the amendment.

Earlier on Wednesday, Bloomberg reported that the Biden administration has waived sanctions on the Switzerland-based company Nord Stream 2 AG due to national security reasons.