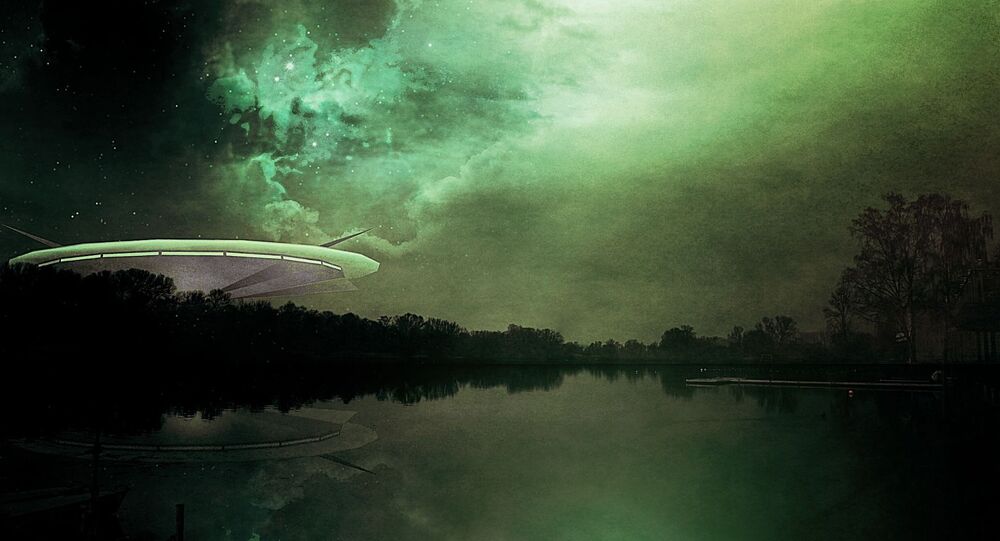 In an interview with Fox News on Monday, US investigative filmmaker Jeremy Corbell shared his thoughts about Unidentified Flying Objects (UFOs) in light of a forthcoming Pentagon report on the matter.

UFOs are also referred to as Unidentified Aerial Phenomena (UAP) or Anomalous Aerial Vehicles (AAVs). The Department of Defence (DoD)'s UFO report is due to be released in early June.

In an apparent reference to UFOs, Corbell told Fox News that "we are witnessing, observing, picking up on every type of data that our military has [on] advanced aerospace vehicles that are able to outmaneuver our greatest warplanes".

If you ever feel useless, just remember the Pentagon officially released UFO footage and nobody cared. pic.twitter.com/7A0pPIH31t

"They [UFOs] are penetrating and there are incursions in our most restricted airspace around our nuclear weapons. This is something that the military is very interested in, and they have been lying to the American public", the filmmaker claimed.

He insisted that the US is currently "at a place where we see these objects flying with impunity", referring to "numerous individuals" providing UFO-related videos "confirmed by the Pentagon".

"So now, you know, we do know, UFOs are real. Now what they are, you know, maybe as well as I do. We all got to find out", Corbell added.

The filmmaker spoke after sharing footage capturing what has been described as a UFO-like spherical vehicle moving, hovering, and vanishing into the Pacific Ocean.

The image of the six-foot (2-metre) wide sphere, said to have travelled alongside the USS Omaha for about an hour in July 2019, was obtained via a FLIR camera that can sense and show heat signatures.

The video was released in the wake of the Pentagon's Office of the Inspector General (IG) launching a formal evaluation "to determine the extent to which the DoD has taken actions regarding" UAPs.

© CC BY 2.0 / IBiAFoddoAbbarad / Evening UFOS
'Tic-Tac UFOs', Hovering ‘Craft’ Swarming US Navy Vessels Possibly ‘Coming from Underwater Base’
Earlier this year, US media reports claimed that Pentagon-confirmed imagery featuring "pyramid-shaped" UFOs, as well as other objects resembling a "sphere" and an "acorn", would be deciphered as part of the DoD's "ongoing investigations" into AAVs.

This followed the Pentagon launching a special task force in August 2020 to further look into UFOs under then-Deputy Secretary of Defence David Norquist. The DoD emphasised at the time that they "take any incursions by unauthorised aircraft into our [Pentagon] training ranges or designated airspace very seriously", pledging to "examine each [such] report".