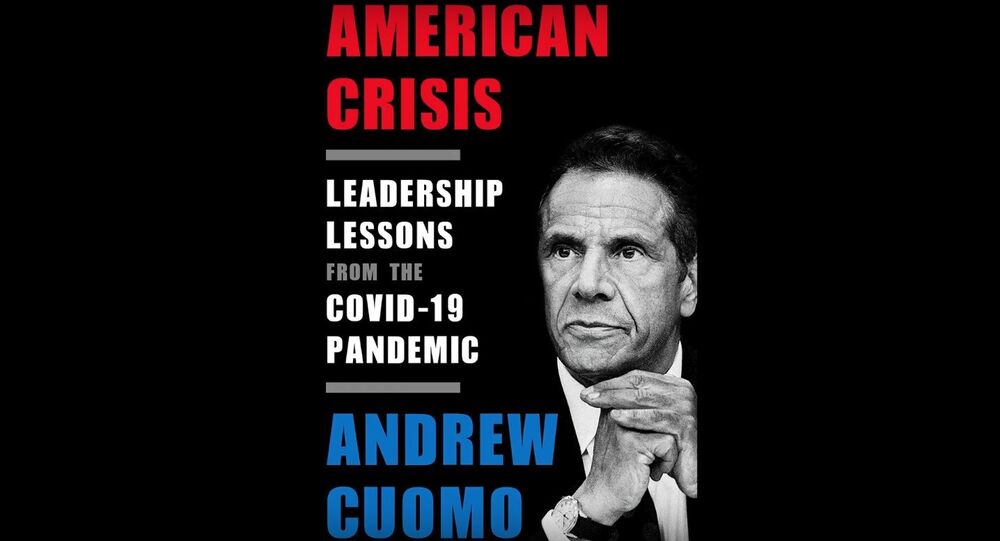 Cuomo spokesperson Rich Azzopardi revealed on Monday that, over the next two years, Cuomo is set to make a pre-tax total of over $5 million off his book deal for "American Crisis: Leadership Lessons from the COVID-19 Pandemic."

Citing financial disclosures submitted to the Joint Commission on Public Ethics, Azzopardi detailed that Cuomo's contract "calls for payment of $3,120,000 in the last taxable year and an additional $2 million over the following 2 years."

The remaining net income was allegedly put into a trust for Cuomo's three daughters.

The New York governor had previously denied revealing the details of the deal to reporters.

"You’ll see it on my financial disclosure," Cuomo said during a virtual news conference back in August 2020.

"Governor Cuomo tells the riveting story of how he took charge in the fight against Covid-19 as New York became the epicenter of the pandemic, offering hard-won lessons in leadership and his vision for the path forward," reads the original sales pitch of the book.

However, Crown Publishing Group, Cuomo's publisher, ultimately suspended its support of the book due to the "ongoing investigation" related to the nursing home scandal. The publisher also declared there are "no plans to reprint or reissue in paperback."

Late last month, the New York Times reported that senior aides to Cuomo attempted to block the release of true COVID-19 death tolls to the public, or even state lawmakers.

The timeline of the book coincided with the period of time Cuomo was writing and pitching his book on leading New York through the pandemic.

Elkan Abramowitz, an attorney for Cuomo's office, argued to the Times that folks are being "cynical" about the COVID-19 death toll.

"The chamber was never satisfied that the numbers that they were getting from [New York Department of Health] were accurate," he said.