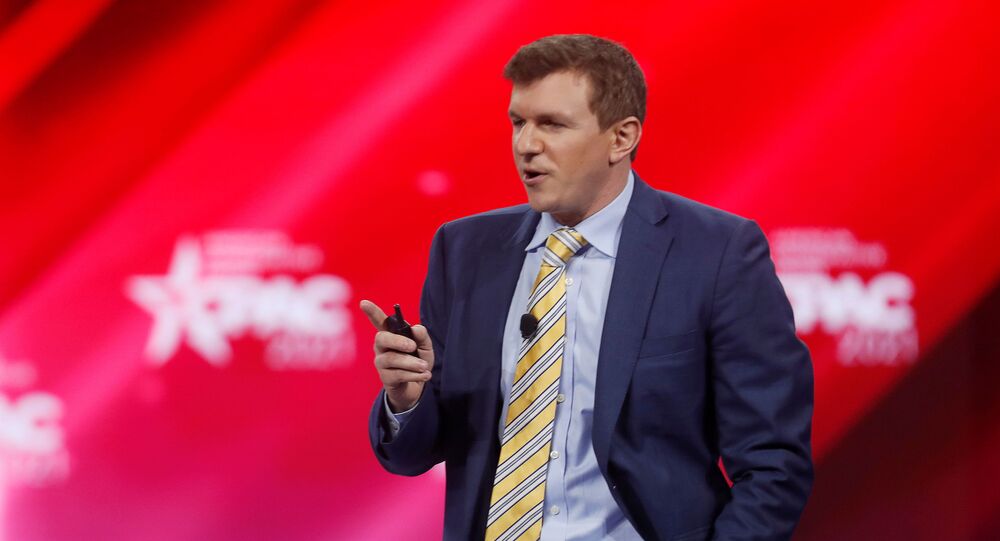 The non-profit conservative outlet Project Veritas was founded in 2010 by O'Keefe – its journalists focus on publishing investigative reports on officials they claim are liberal as well as various organisations, including big tech companies.

The newspaper claimed that Project Veritas “mounted” a campaign during ex-President Trump’s tenure “to discredit" his "perceived enemies" inside government.

O'Keefe released a YouTube video in which he gladly takes credit for undercover investigations of government officials by Project Veritas, but stresses that he's not involved with "this thing against McMaster."

He then highlights several parts of the NYT piece where it says it's “unclear” who exactly is behind the operation.

“What isn't unclear is all of these other journalists almost instantaneously are jumping to the next conclusion using this circular sourcing thing that they do saying that Project Veritas executed this thing against McMaster, which I again had nothing to do with,” O'Keefe says.

He then shows journalists sharing the article, saying that they are “basing this inference thing to make this assertion."

© CC BY 2.0 / Marco Verch / Twitter logo on smartphone screen
Twitter Under Fire for Banning Project Veritas Founder After He Exposes CNN Push to ‘Get Trump Out’

O'Keefe also claims that the NYT piece was published to coincide with Project Veritas’ small victory in a defamation lawsuit against the paper, which O'Keefe filed over a report published last year. In March, a New York judge denied the NYT's motion to dismiss the suit by the investigative site over its "portrayal of Project Veritas."

Previously, O’Keefe launched a lawsuit against CNN for claiming Project Veritas was banned from Twitter for "misinformation" after the investigative site posted a video of a reporter questioning a Facebook executive outside his home. He also filed a case against Twitter for defamation after being banned by the platform.