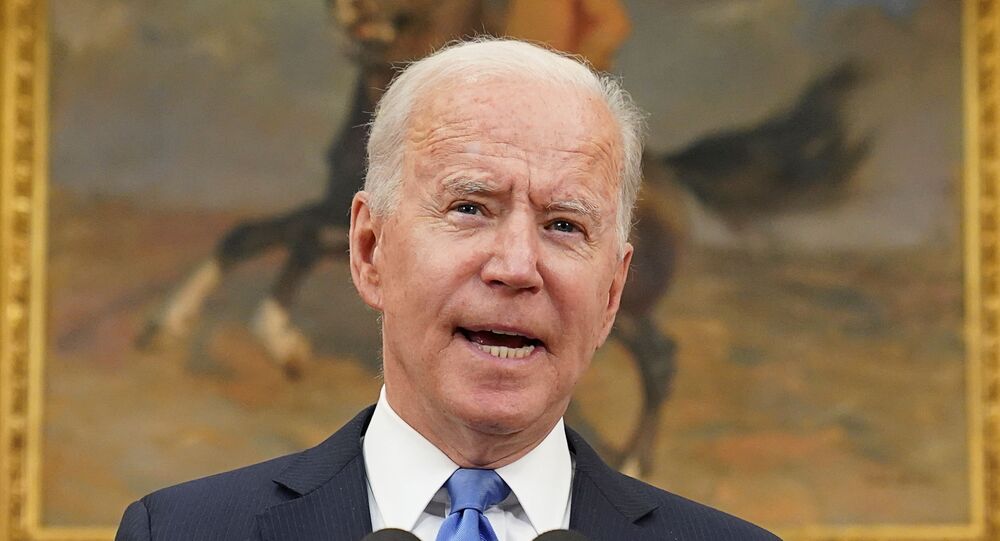 A wave of attacks against statues perceived as controversial swept across the US and Europe last year in the wake of the BLM movement, triggered by the death of African American George Floyd.

On Friday, US President Joe Biden rescinded a pair of executive orders signed by his predecessor Donald Trump to create a park to pay tribute to high-profile American from politicians to sports stars, according to Politico.

Trump conceived the park in response to protesters across the nation – spearheaded by the Black Lives Matter Movement (BLM) – damaging statues of historical American figures they claim shouldn't be venerated.

Images circulated by the media at the time showed statues of America's founding fathers and numerous Confederate commanders from the US Civil War covered in paint and vandalised, with some totally destroyed.

Such attacks also happened in Europe and other parts of the world in the wake of the protests, triggered by the death of African American George Floyd while in police custody in Minneapolis on 25 May 2020.

"These statues are not ours alone, to be discarded at the whim of those inflamed by fashionable political passions; they belong to generations that have come before us and to generations yet unborn," read the text of Trump’s order, cited by Politico.

The Trump order directed the Justice Department to prioritise prosecutions of those suspected of vandalising federal monuments, according to the outlet.

The current move by Biden is just one of a plethora of decisions seeking to reverse Trump’s actions, taken immediately after he took office in January.

On his first day in the Oval Office, Biden signed 17 actions and orders, many reversing Trump-era orders or restoring those taken by Trump’s predecessor, ex-President Barack Obama.

Today, Joe Biden revoked Trump’s Executive order to create the “National Garden of American Heroes" which was going to be an outdoor park featuring statues of the “Greatest Americans to ever live.” pic.twitter.com/arlvstIyNu

Well of course he did. He has to try to erase anything good Trump did so the narrative fits better.

Biden cancelled the National Garden of American Heroes because he hates America, hates our history and is ok with the cancel culture tearing down America’s statues.

Wow! It was a wonderful idea to honor our heroes.

Well Joe doesn’t know he did that, joe don’t know.

Will the GOP Sacrifice Donald Trump to Keep 150 Senior Republicans Within Its Ranks Ahead of 2022?