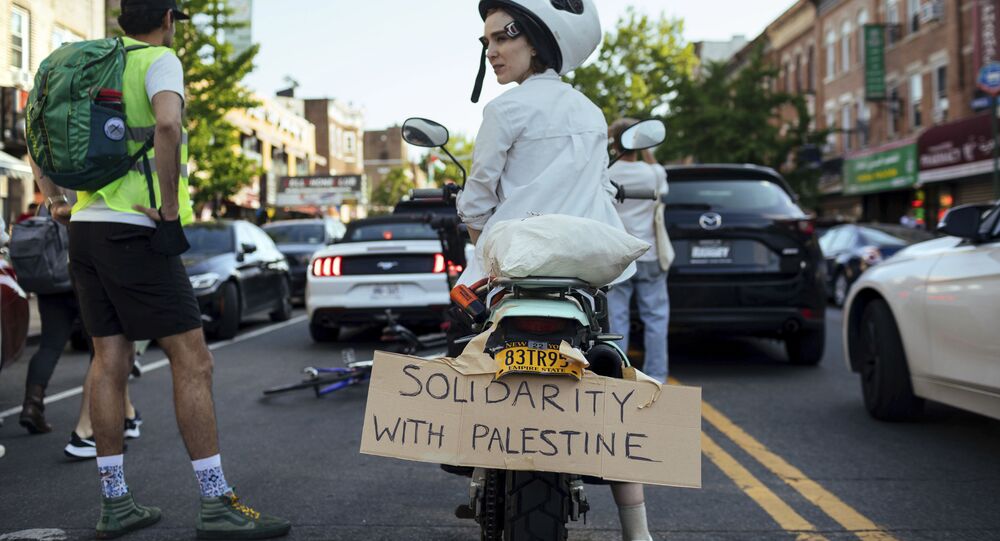 NEW YORK (Sputnik) - Several hundred people have gathered in Brooklyn for a demonstration in support of the Palestinians, a Sputnik correspondent reports.

The demonstrators gathered on Saturday and started to march in the streets of Brooklyn, accompanied by police. They were holding Palestinian flags and banners reading "Free Palestine," "Palestinian Life Matter," "Human Rights for Palestinians." So far, the demonstration has been peaceful.

The participants of the demonstration told Sputnik that they were calling on the international community to "boycott Israel" and were demanding an end to the bloodshed and to the Israeli occupation of Palestinian territories.

Protesters and eyewitnesses shared photos and videos from the demonstration on social networks.

People gathering in #Brooklyn #USA for the protest for #Palestine #SaveSheikhJarrah pic.twitter.com/OeRY3K34lW

The current escalation of the Israeli-Palestinian conflict started earlier this month, when unrest began in East Jerusalem over an Israeli court's decision to evict several Palestinian families from the area. The situation on the border between Israel and the Palestinian Gaza Strip has been deteriorating for the past week.

The Israeli army said on Saturday that a total of 2,500 rockets had been fired toward Israel from Gaza in the past days, with 430 of the projectiles having fallen within the Gaza Strip. The Israeli military says it has launched strikes against over 672 military targets in the Gaza Strip.

Several civilians and at least one soldier have been killed in Israel amid the exchange of rocket attacks. Meanwhile, Palestine has reported over 140 deaths, including more than 40 among children. According to the Palestinian Red Crescent, more than 1,300 Palestinians have been injured amid tensions with Israel.