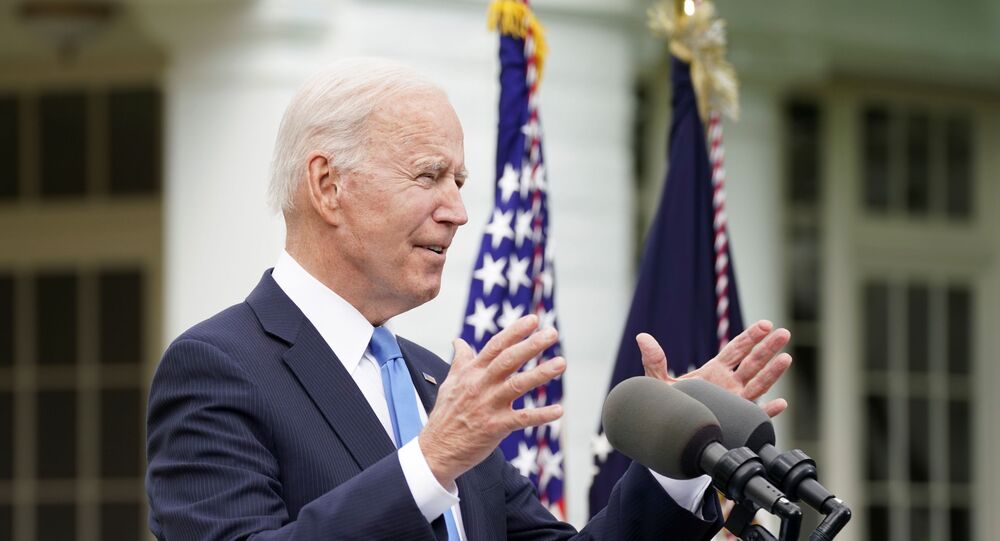 US President Joe Biden has revoked several of his predecessor Donald Trump’s executive orders on Friday, including one on the creation of a “National Garden of American Heroes”, that Trump proposed on 4 July at an event at Mount Rushmore.

Donald Trump proposed the monument citing "dangerous anti-American extremism", saying that it would be "America’s answer to this reckless attempt to erase our heroes, values and entire way of life".

The possible garden had not been funded by Congress and no exact location had been picked for it.

© REUTERS / JONATHAN ERNST
Biden Readies Second Wave of Executive Orders to Undo Trump’s Legacy
It was proposed by Trump that the garden included statues of "historically significant Americans". Among these statues, there would have been athletes and pop culture stars such as basketball player Kobe Bryant, “Jeopardy!” host Alex Trebek and legendary baseball pitcher Cy Young, as well as historic figures like Frederick Douglass, Thomas Jefferson, and Betsy Ross.

The order was signed by Trump amid a wave of protests against police brutality and racial injustice, triggered by George Floyd’s death in police custody. The protests eventually led to controversy over the removal of monuments to Confederate leaders, with some of the protesters toppling them.

Since taking office, the Democratic president apparently made the revocation of many of Trump's policies his priority, including Trump’s orders on immigration, the Keystone XL pipeline project, and WHO membership.