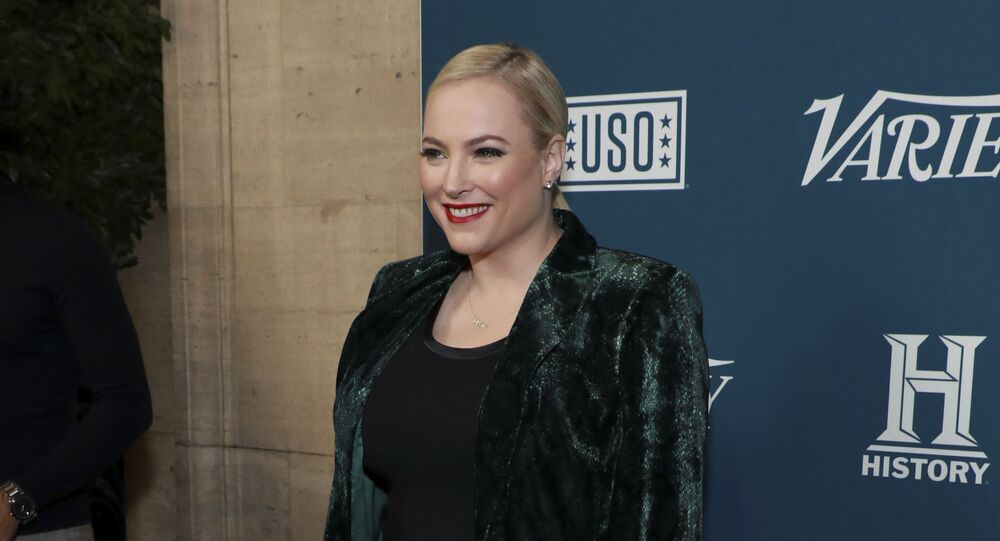 Meghan McCain, an avid critic of the previous US administration, said that just because “Trump was so bad” doesn't mean ignoring problems under Biden is good.

“The View” co-host Meghan McCain has slammed media for a “strategy” of turning the spotlight off important issues that have emerged under US President Joe Biden’s administration.

McCain was responding to her colleagues who criticised the Republican Party for downplaying the 6th January violence, with Sara Haines claiming that it was a “strategy” from former President Donald Trump's playbook of "if I say it enough, it will become true or at least it will appear to be true”.

“You know what's also a strategy, Sara? A strategy is not focusing on anything that the Biden administration is doing right now that is leading this country into crisis," McCain said.

McCain pointed at the migrant crisis at the Southern border, inflation rates, unemployment, and tensions in the Middle East. “These are real problems. It's like the '70s all over again,” she told Haines.

Chris Pizzello
Meghan McCain Calls GOP Trump Supporters ‘Sausage Fest’, Warns of Consequences if Liz Cheney Removed
"So I think there's a strategy that the media doesn't want to focus on anything bad happening in the Biden administration. And I implore everyone who works in this industry- just because Trump was so bad doesn't mean this is good. There are real meat and potatoes issues impacting average Americans who are also frightened and I think we should be focusing on that versus re-litigating something that happened four months ago."

After the 6 January "Stop the Steal" rally in Washington in his support morphed into a riot, with dozens breaking into the Capitol building, which left 5 people dead, Trump was accused of "inciting an insurrection" and impeached by the US House of Representatives. Liz Cheney was one of 10 Republicans who voted to impeach Trump.