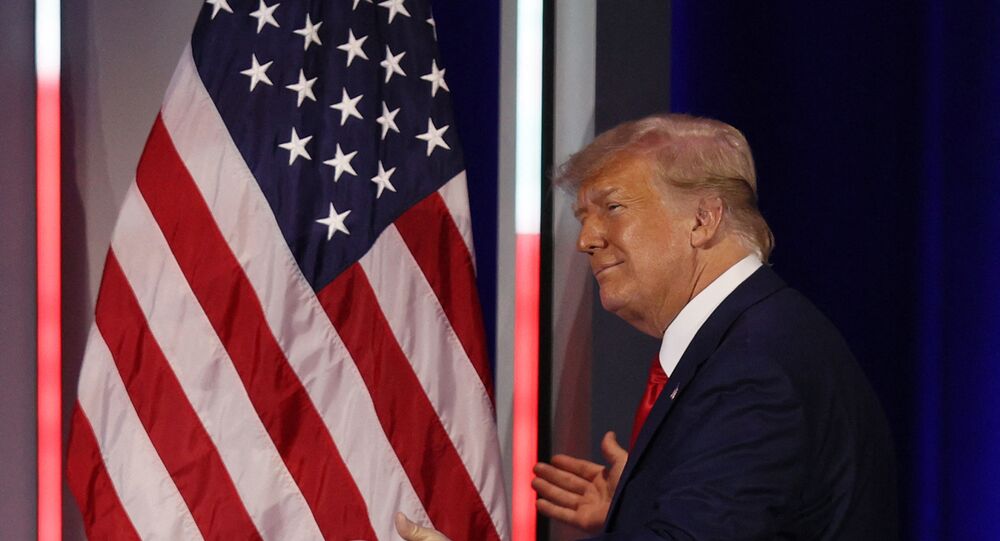 Will the GOP Sacrifice Donald Trump to Keep 150 Senior Republicans Within Its Ranks Ahead of 2022?

Over 150 Republicans, including some former officials, have threatened to form a third party unless the GOP reforms its ranks and distances itself from the Donald Trump legacy. Could the separation of influential GOP politicians pull the rug from under the party's feet ahead of the 2022 midterms?

On 13 May, the dissenting GOP members released a manifesto titled "A call for American renewal" in the wake of Rep. Liz Cheney’s (R-WY) ouster from the GOP House leadership over voting to impeach the former president. The manifesto, signed by over 150 conservatives, declares their "intent to catalyse an American renewal, and to either re-imagine a party dedicated to [their] founding ideals or else hasten the creation of such an alternative."

Should the GOP Fear Anti-Trump Dissidents?

It is not the first time that the group of "Never-Trump" Republicans has signalled a willingness to break away from the GOP. On 5 February, more than 120 GOP politicians held a Zoom meeting to talk about the formation of a third party. Prior to this, a vast group of former George W. Bush administration and campaign officials launched a political action committee (PAC) called "43 Alumni for Biden" in July 2020.

"The GOP has had some difficult election years and as a natural result, there is a need for an ‘internal’ look at the future of the party," says Brandon Scholz, a Republican strategist from Wisconsin, insisting that "it would be wrong to ignore the concerns these Republicans are bringing forward."

150 Republicans sign on to “a call for American renewal,” describing the current GOP as an offshoot of “the Trump cult.” @12News https://t.co/rO0CzdGOAz

​If 100 influential members of the Republican Party left it would be catastrophic, agrees Dan Eberhart, a major GOP donor and Arizona-based oil executive. He remarks, however, that "the history of these kinds of things is a lot more smoke than actual fire."

"Judging by vote in presidential elections since 1992, Republicans are already the minority party – a fracturing of the party will only make matters worse," warns Daniel Palazzolo, professor of political science at the University of Richmond.

One should not overestimate the influence of the dissenting GOP members, argues Dr. Nicholas Waddy, associate professor of history at SUNY Alfred: "Maybe they were influential once, but no more," he says.

Trump is a divisive figure and it is no surprise that by embracing him, the GOP risks losing many of those who "hate him," according to Waddy. However, it would be far more dangerous for the GOP to alienate Trump and his supporters, without whom the party would be in very deep trouble, the academic emphasises.

Earlier, on 10 May, Republican Senator Lindsey Graham reiterated his statement that without Trump, the GOP "are going to wind up getting erased".

"It's impossible for this party to move forward without President Trump being its leader" -- Lindsey Graham to Hannity pic.twitter.com/xvCxoAsXGZ

​Indeed, an April Harvard Institute of Politics poll indicated that 56 percent of young Republicans want Donald Trump to play a key role in the future of Republican politics, while 61 percent of those who voted for the former president in the 2020 election said they wanted him to remain active in GOP politics.

"The party need not fear small groups of Trump-hating dissidents moving forward," insists Waddy. "It does, however, need to find a way of mobilising Trump and his supporters in certain areas and districts, while projecting a more moderate image in other areas and districts."

© AP Photo / Melina Mara
Rep. Liz Cheney, R-Wyo., arrives to the chamber ahead of President Joe Biden speaking to a joint session of Congress, Wednesday, April 28, 2021, in the House Chamber at the U.S. Capitol in Washington.

On the other hand, a third party has a nearly-zero shot at success, according to the observers.

"There’s no hard and fast rule that says we have to be a two-party system, but a third party is extremely hard to get off the ground," Dan Eberhart explains. "There’s just huge hurdles of cost and infrastructure that would have to be overcome. The existing system just makes that very unlikely."

He finds it hard to believe that regular members of Congress or people of a similar stature "are really going to rally around an independent party that has very meagre, narrow electoral chances".

​"It’s been 150 years since the US had a competitive third party and it eventually defaulted back to the dominant two parties we have today," he emphasises.

In addition, "Never-Trumpers" have not had any meaningful impact on the American political situation before, according to Waddy: "Old guard Republicans have been sniping at Donald Trump since 2015, and all they've proved is their own impotency."

"Trump-hating Republicans can expect lots of airtime on CNN and MSNBC, and lots of column inches in the New York Times and the Washington Post, but otherwise they're little more than Democrats in drag," the academic says. "The rest of us in the GOP just shrug and get down to business."

There is a threat, however, that a potential split within the party may weaken both conservative wings, thus playing into the hands of the Democratic Party, according to Daniel Palazzolo.

"Short of defeating themselves, the Democrats will have an advantage going forward," the political scientist warns.

The GOP indeed faces tough decisions, especially given that it is becoming "less establishment-oriented, internationalist, and corporate" with virtually all US establishment institutions, including the media, Big Tech and Big Business despising Trump and throwing their weight behind the Dems, according to Waddy.

"That makes Republicans underdogs, in a sense, but Americans love the underdogs," the academic remarks.

When it comes to the 2022 midterms and forthcoming 2024 presidential elections, the Republicans' odds will be high if they simply unite against "the radical proposals of the Democrats", i.e. federalising elections, defunding the police, opening the borders, spending the US into bankruptcy, etc., the professor believes.