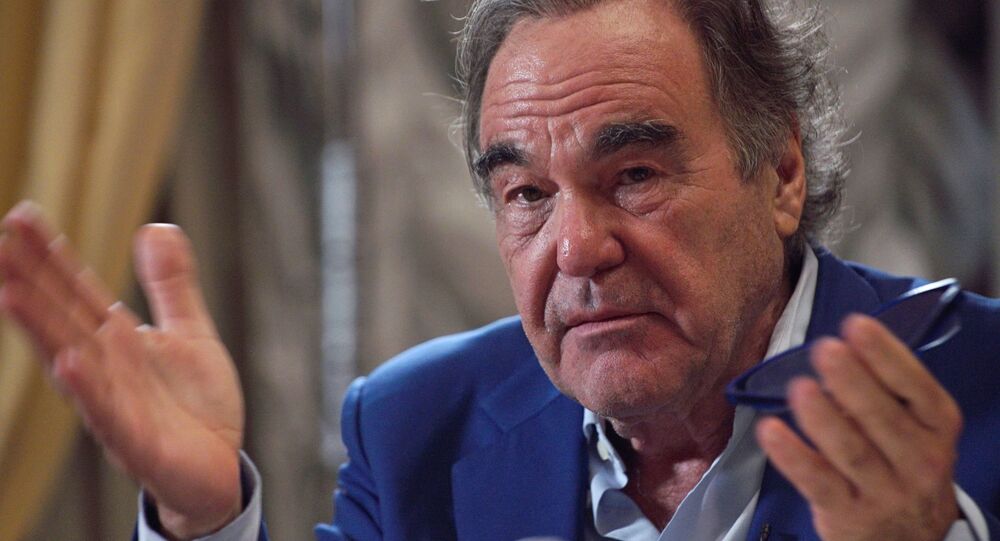 The filmmaker, famous for his work on such movies as Midnight Express, Scarface, and JFK, was criticised for his series of interviews with Vladimir Putin in 2017, which were seen by some media outlets as an advocacy project for the Russian president.

American film director Oliver Stone has said in an interview with The Washington Post that the US has been waging a "war" against Russia for over a decade.

"There has been a campaign, a war against Russia going on for a long time. It started again in the US around 2006-2007, when he made that speech at Munich", Stone suggested.

During his speech at the Munich Security Conference in 2007, the one Stone was referring to, Putin condemned US attempts to dominate the global agenda and act unilaterally. He argued that decisions to invade foreign countries should only be made in the United Nations, and condemned NATO's continuing expansion to the east, closer to Russia's borders, in violation of all existing agreements.

In his interview with WaPo, Stone also disputed the West's routine claims about Russia acting aggressively or threateningly.

"I think there is no evidence really of the aggressiveness of Russia. The aggressiveness is truly coming from the NATO forces that have encircled Russia and that are also encircling China", the director claimed.

Stone was previously criticised for purportedly advocating in favour of Vladimir Putin and his policies in a series of interviews with the Russian president, which were first shown in 2017 – after relations between Moscow and Western countries had begun deteriorating. Responding to a question from the WaPo, the renowned director dismissed allegations that he was intentionally non-confrontational with Putin and some of his previous interviewees, such as former Venezuelan President Hugo Chavez and Cuban leader Fidel Castro. Stone insisted that he simply wanted to let these people speak for themselves and share their views on things, rather than press them and thereby force them to assume a defensive posture.

Oliver Stone Asks Vladimir Putin to Be Godfather to His Daughter, Gets Attacked Online