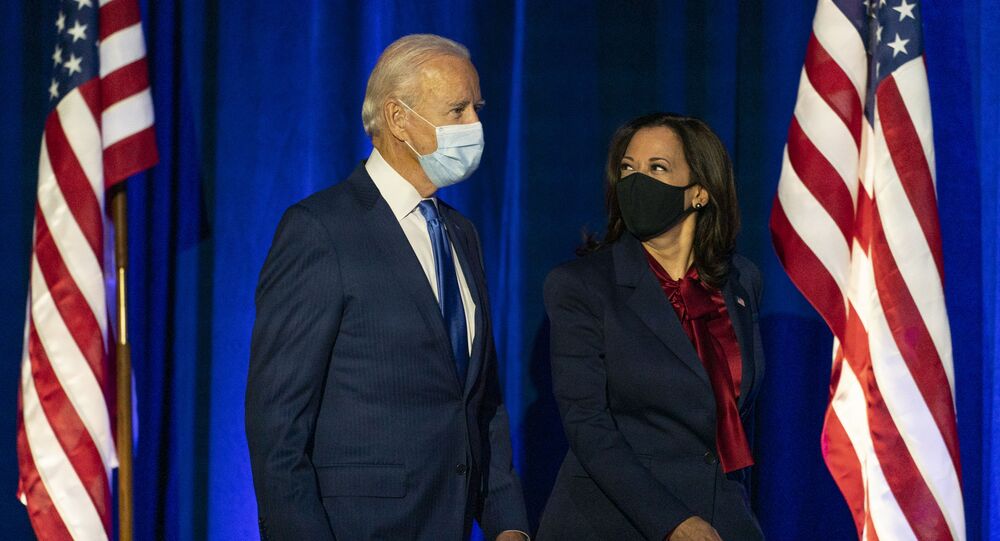 Will Dems' Wizards Launch a New 'Shadow Campaign' to 'Save' 2022 Midterm Elections?

Dems and their allies are likely to instrumentalise the tricks described by Time Magazine's Molly Ball in her article "The Secret History of the Shadow Campaign That Saved the 2020 Election" ahead of the 2022 midterms, suggests Wall Street analyst Charles Ortel.

The Census Bureau's 2020 figures indicate that the Republicans have a good shot at winning the House of Representatives in 2022 due to population shifts and redistricting, according to The Cook Political Report. The GOP needs to pick up only five seats to retake the lower chamber.

To complicate matters further, in the 41 midterm elections held since 1870, the president’s party has kept its House losses to fewer than five seats just five times, according to Michael Podhorzer, a senior adviser to the president of the American Federation of Labor and Congress of Industrial Organisations (AFL-CIO), as quoted by The Atlantic.

'Shadow Campaign That Saved the 2020 Election'

Podhorzer is an "architect" and "wizard" behind Joe Biden's sweeping victory in 2020, according to Molly Ball, a biographer of Nancy Pelosi.

In her Time op-ed, she reveals that the AFL-CIO senior adviser managed to bring together a "well-funded cabal of powerful people", including left-wing institutions, "resistance groups like Indivisible and MoveOn", "progressive data geeks and strategists", "state-level grassroots organizers", racial-justice umbrella organisations like the Movement for Black Lives, Big Tech, and "business titans."

Ball outlines a set of activities carried out by the aforementioned "cabal" that in particular:

·         "recruited armies of poll workers" and created a force of "election defenders" in urban areas;

·         provided tens of millions in aid to states' election administrations and "gave secretaries of state from both parties technical advice on everything";

·         "executed national public-awareness campaigns" to convince Americans that it would be normal if the vote count continued "over days or weeks";

·         persuaded Big Tech to take a "harder line" against what they called "disinformation", which resulted in "removing content or accounts";

·         "drew energy from the summer’s racial-justice protests", many of whose leaders were "part of Podhorzer’s network".

Although Ball insists that Podhorzer's effort "was separate from the Biden campaign" and even "crossed" ideological and party lines, most of this activity "took place on the left", with the AFL-CIO senior adviser being known as a long-time supporter of the Democratic Party.

© AP Photo / Ben Gray
A voter drops their ballot off during early voting, Monday, Oct. 19, 2020, in Athens, Ga. With record turnout expected for this year's presidential election and fears about exposure to the coronavirus, election officials and advocacy groups have been encouraging people to vote early, either in person or by absentee ballot. (AP Photo/John Bazemore)

Furthermore, some of the de jure "non-partisan" entities mentioned in the article were led by former Barack Obama or Bill Clinton campaign operatives, while others reportedly have ties to prominent liberal donors, including George Soros, according to Capital Research Centre, a US investigative think tank.

Assuming that Ball's account of events is true, the question arises as to whether Podhorzer's "network" will be at play again during the 2022 midterms.

Indeed, there appears to be a lot at stake for the Democrats in 2022: if the GOP retakes the House, many of Biden's bold initiatives could be nipped in the bud by Republican lawmakers. In addition to that, Rep. Marjorie Taylor Greene's initiative to impeach President Joe Biden could gain further steam. For his part, Senator Lindsey Graham warned in mid-February 2021 that Vice President Kamala Harris could also face impeachment over her support for the Black Lives Matter rioters last summer.

"It is certain that past efforts to game election results will continue as outlined in that article which, incidentally, seems to be a confession of rampant election fraud", says Wall Street analyst Charles Ortel, not ruling out a new wave of unrest by racial justice groups ahead of the 2022 midterms.

Ortel is not surprised that nominally "non-partisan" voting rights and racial justice entities, institutions, coalitions, and movements were taking active roles in the partisan struggle, as they have largely benefitted from it.

According to Time Magazine, the liberal alliance raised tens of millions of dollars for their 2020 activities. The Chan Zuckerberg Initiative alone provided $300 million for Podhorzer's grand design.

The racial-justice uprising sparked by George Floyd’s killing in May was not primarily a political movement. The organizers who helped lead it wanted to harness its momentum for the electionhttps://t.co/9dJIeUN893

​For its part, the Black Lives Matter Global Network Foundation, a member of the Movement for Black Lives - which was called by Ball a "key part" of Podhorzer's network - solicited a whopping $90 million in 2020.

"At this stage, the battle seems to be between those who actually wish to tear America apart and then remake the nation into an unregulated technocracy, and those who wish to uphold the US Constitution and live in liberty under impartially administered laws", Ortel says.

Meanwhile, "an informal alliance between left-wing activists and business titans" described by Ball in her op-ed appears to be leading the resistance against the GOP's effort to strengthen ID verification laws and regulate mail-in voting in a number of US states. The Republicans argue that last-minute loosening of voting rules and ID restrictions in a number states under the pandemic pretext opened the door to alleged fraud and irregularities.

The passage of another voting law by the Texas legislature triggered a similar effort by leftist groups and over 50 leading corporations, such as HP Inc., Patagonia, American Airlines, and P. Terry’s.

All in all, over 100 US companies protested against GOP politicians' efforts to adjust election rules and implement ID regulations in mid-April 2020.

At the same time, the Arizona GOP audit of the Maricopa County 2020 election results came under heavy criticism from such "non-partisan" groups as the Brennan Center for Justice. The latter is regarded as a member of the broader Leadership Conference on Civil and Human Rights coalition, mentioned by Ball as part of Podhorzer's 2020 effort.

Leader Schumer: "Think twice. Please, my Republican friends. Think twice, Leader McConnell. President Trump told a big lie, one of the biggest lies ever told. We all know that. Every single person in this room knows that. Every person. And it's taking root in our country."

​In addition, any attempts to question the results of the 2020 presidential vote are being lambasted by the US mainstream media and Big Tech as a "big lie".

© REUTERS / JONATHAN ERNST
U.S. President Joe Biden delivers remarks on the state of his American Rescue Plan from the State Dining Room at the White House in Washington, D.C., U.S., May 5, 2021

Biden's Policies May Pave the Way to Dems' Defeat

Despite all these efforts, the Biden administration's policies may upend the Democratic Party and the president's prospects in 2022 and 2024, according to Ortel, who refers to April's weak jobs report and soaring prices.

"In theory, Biden and Harris won because voters preferred their vague plans over Trump's policies", the Wall Street analyst says. "By November 2022, and likely well before then, the electorate will be able to understand just how well inflation, higher taxes, slumping capital markets and escalating crime and conflict have served us".

He draws attention to the fact that in mere months, "Biden-Harris pronouncements regarding legislation and Executive Actions have had chilling impacts on private sector investment, on crime, on national security, and on investor confidence, particularly regarding dollar-denominated assets such as bonds and stocks."

According to him, the primary goal of conservatives should be to stop and ideally roll back the damaging economic, domestic, and foreign initiatives of the Biden-Harris administration.

"At this moment, the gargantuan spending ambitions outlined on behalf of the Biden-Harris administration are unlikely to get signed into law before November 2022", he believes. "After then, assuming free and fair elections materialise, the hard left and Republicans In Name Only (RINO) are likely to pay steep prices at the polls".