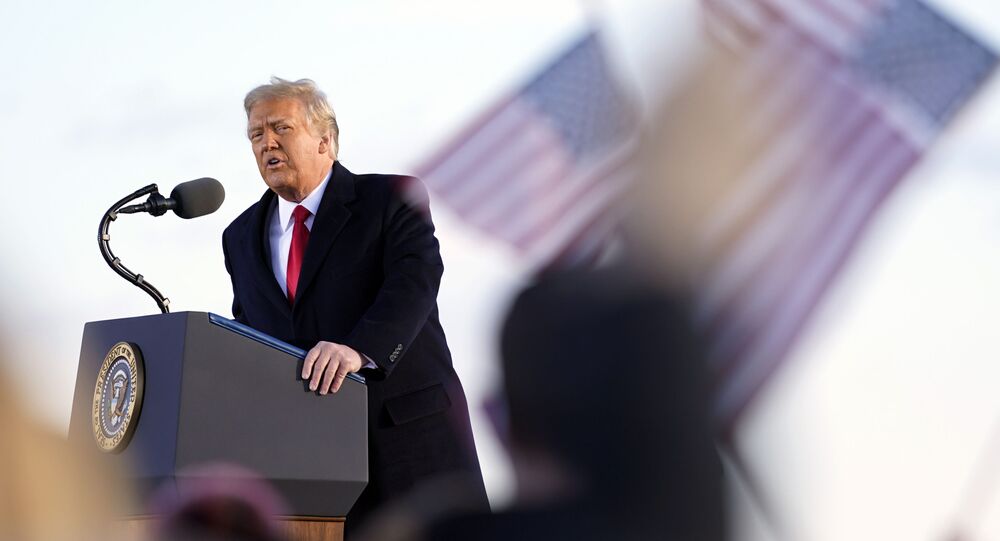 US Democrats repeatedly slammed similar suggestions by the former president and the Republican Party. Since the inauguration of Joe Biden, they have been peddling the opposite, called the HR 1 Bill, which seeks to relax the voter identification process and expand the scope of mail-in voting, which the GOP claims is prone to fraud.

Former US President Donald Trump has hailed the UK's plans to introduce a requirement for photo IDs to vote in elections in order to eliminate potential fraud and "ensure the integrity of elections". Trump argued that the US needs such laws too, but instead is facing attempts by Democrats to purge voter ID laws across the country with the HR 1 Bill.

The ex-POTUS added that along with voter ID laws, the US needs additional "comprehensive election reforms" that would eliminate mass mail-in voting and ballot harvesting – the two mechanisms that Trump claimed helped Democrats "steal" victory from him in 2020. US courts previously rejected all of the Trump team's election fraud claims.

"All States should pass Voter ID laws […] so we never again have an election rigged and stolen from us. The people are demanding real reform!", Trump said on his personal messaging platform.

The UK government indeed plans to introduce a requirement for a voter to have an ID with a photo in order to be able to vote as a way to prevent election fraud, even though its own analysis suggests some two million British voters lack the necessary IDs. Voters, however, can always apply at the nearest council to get a proper voting ID, 10 Downing Street said. Opponents of the reform claim it will discourage certain groups such as older, disabled, homeless, ethnic minorities, and spontaneous voters from taking part in elections.

Since President Joe Biden's inauguration, the Democratic Party in the US has been advocating for the opposite in a piece of legislation called the HR 1 Bill also known as the "For the People Act". The law seeks to abolish voter ID requirements, which are still in effect in many states, allow voters to register and change their registration on election day, make early voting to last at least for two weeks, enable automatic voter registration for billions of US citizens, and expand opportunities for mail-in voting.

The HR 1 Bill also addresses other election-related issues, such as banning practices used to remove people from registered voter rolls and partisan gerrymandering. It will also enable financing for campaigns from the US Treasury's coffers to allegedly reduce the influence of money in elections.

Republicans strongly oppose the reform, which has already passed the House and is heading towards a 50-50 split Senate. GOP lawmakers and politicians insist that election reform will enable rampant voter fraud due to the lack of ID verification of voters. Former President Donald Trump claims that Democrats already used mail-in voting to "steal" the 2020 election from him by sending out ballots to all voters without being able to verify who actually filled them in and mailed them back. Neither this nor any other of his voter fraud allegations managed to stand up in US courts.

Election in England and Scotland; UK’s Labour; US; Trump; David Kelly; And All About Coronavirus