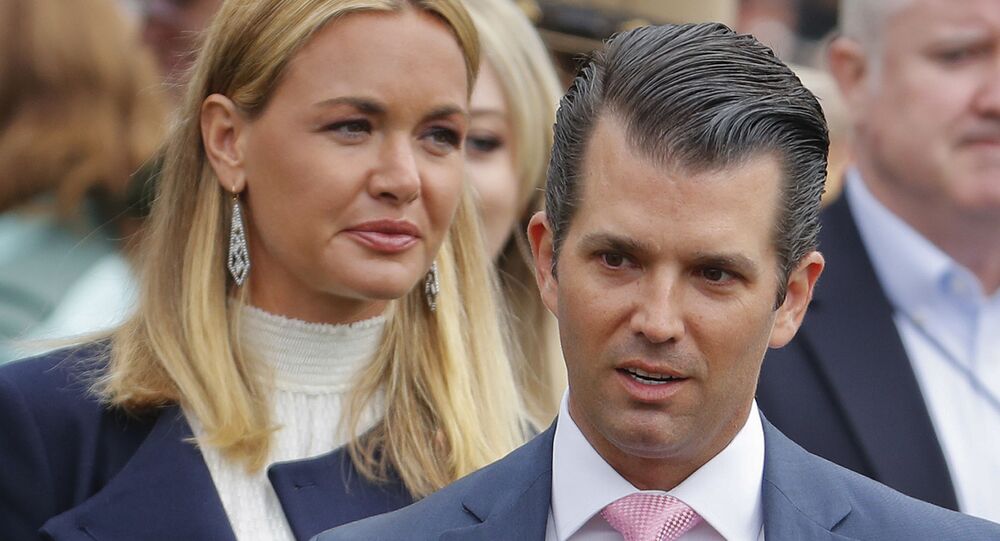 In her book titled "The Zero Fail: The Rise and Fall of the Secret Service", Washington Post reporter Carol Leonnig mentioned Donald Trump's youngest daughter, Tiffany, who allegedly started spending "an unusual amount of time alone" with a security agent after breaking up with her boyfriend.

Two members of former POTUS Donald Trump's family were "inappropriately — and perhaps dangerously — close" to the Secret Service agents assigned to protect them when the 45th US president was in office, a book has claimed.

Washington Post reporter Carol Leonnig's book titled "The Zero Fail: The Rise and Fall of the Secret Service", a copy of which was obtained by The Guardian, is due to be published next week.

The author's claims are related to Vanessa Trump, the ex-wife of the former president's eldest son, and Tiffany Trump, his youngest daughter.

According to Leonnig, Vanessa Trump, who filed for an uncontested divorce from Donald Trump Jr in March 2018, "started dating one of the agents who had been assigned to her family".

The Guardian recalled that agents are known to be prohibited from building personal ties with those they protect due to concerns that such relationships "could cloud their judgment".

The book's author argued that the agent allegedly involved with Donald Trump Jr's ex-wife, had not faced any disciplinary action because neither he nor the Secret Service were Vanessa Trump's official guardians at the time.

As for Tiffany Trump, she broke up with her boyfriend and "began spending an unusual amount of time alone with a Secret Service agent on her detail", Leonnig asserted, adding that the agency's leaders ostensibly "became concerned at how close Tiffany appeared to be getting to the tall, dark, and handsome agent".

© AP Photo / Richard Drew
Trump Family Goes to Court to Block Publication of Niece’s Tell-All Book About President
The author noted that it remains unclear whether the then-US president was in the know about the Secret Service's fears pertaining to his daughter and daughter-in-law.

Leonnig asserted that Trump ostensibly sought to remove Secret Service staff from his detail due to their physical parameters.

"I want these fat guys off my detail. How are they going to protect me and my family if they can't run down the street?", he reportedly said, apparently confusing active Secret Service agents with office-based personnel.