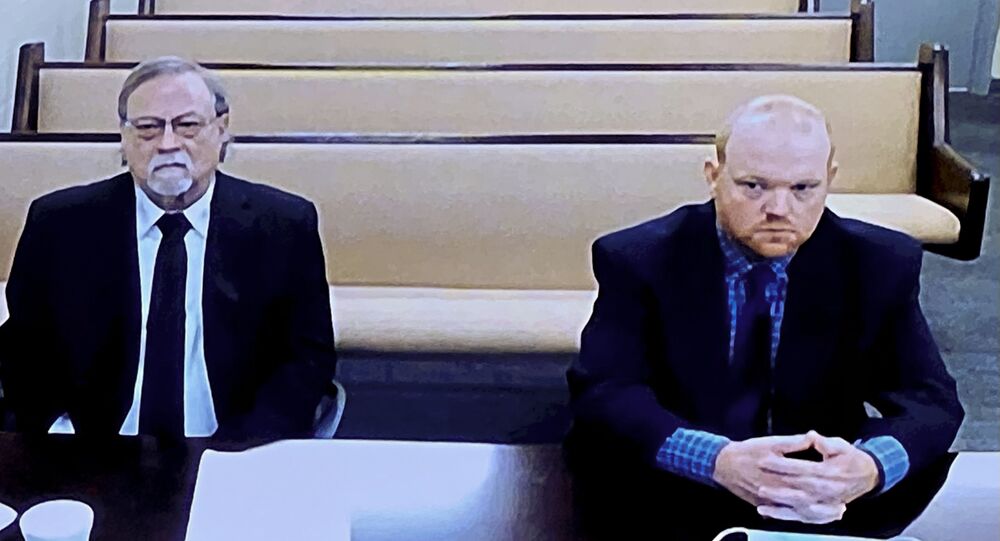 Ahmaud Arbery was killed in late February last year while he was jogging near his home in Glynn County, Georgia. He died after being fatally pursued by three local white men: Travis McMichael, Gregory McMichael and William "Roddie" Bryan.

Three men pleaded not guilty to federal hate crime charges stemming from the death of Arbery, which earlier sparked national outrage over the fact that the trio were not arrested until a video recording of the shooting broke the news.

The Atlanta Journal-Constitution reported on Tuesday that Greg McMichael, Travis McMichael, and William Bryan have all entered not guilty pleas to five charges stemming from the murder. In a different case, all three are charged with state murder.

The men are accused of using force to "injure, intimidate, and interfere with Ahmaud Arbery, an African-American man, because of his race and color," according to the federal charges. The three men have since entered not guilty pleas to the murder charges brought by the state in Arbery's death.

The three suspects, however, say they were attempting a citizen's arrest on Arbery, and that they were acting in self-defense when he was killed. Prosecutors have indicated that the men chased Arbery down with weapons while riding in two pickup trucks, despite the fact that they had not seen the victim commit any crime.

© AP Photo / Glynn County Police
In this Feb. 23, 2020 image taken from Glynn, Ga., County Police body camera video, authorities, rear, stand over the covered body of Ahmaud Arbery, a 25-year-old Black man, who was shot and killed while while running in a neighborhood outside the port city of Brunswick, Ga.

"There is absolutely nothing in the indictment that identifies how this is a federal hate crime and it ignores without apology that Georgia law allows a citizen to detain a person who was committing burglaries until police arrive," the attorney is quoted in the report as saying.

The elder McMichael "had reasonable and probable grounds to suspect [Arbery] had committed a burglary in their neighborhood and was attempting to escape by running away," according to an attorney for Greg McMichael who is defending him in his state trial.

According to the report, in the coming days, a judge will hear arguments on whether the prosecution should introduce proof of Arbery's previous run-ins with the law, as well as his diagnosis of schizophrenia, which prosecutors claim is an effort to discredit Arbery and justify vigilante behavior.

"The only purpose for placing the other acts of Mr. Arbery before a jury is to smear the character of Mr. Arbery and suggest that his murder was deserved," the prosecution reportedly wrote in response to the defense's request.

On Monday, Georgia Governor Brian Kemp said Arbery was the target of "vigilante-style violence that has no place in our country or in our state" when he signed legislation repealing a Civil War-era law that allows for citizen arrests in the state.