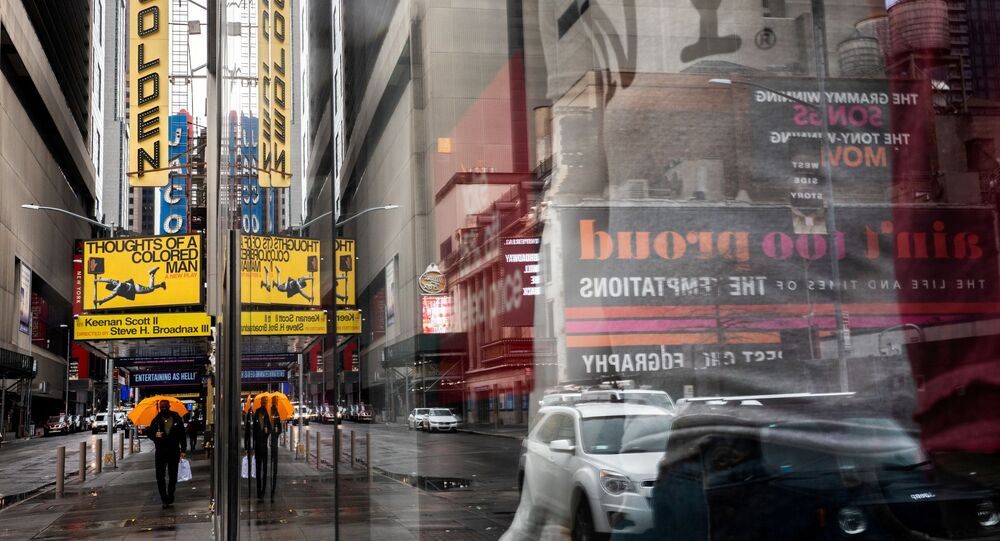 New York’s Broadway theater district went into lockdown on March 12, 2020, a day after the World Health Organization declared the COVID-19 pandemic. Broadway represents a core identity of New York City in a way that is easily accessible.

Broadway officials announced Tuesday on ABC’s “Good Morning America” that shows “Hamilton,” “Wicked” and “The Lion King” will be the first three plays to operate at full capacity by September 14.

During the interview, Broadway stars from each musical discussed in detail what opening up would mean for not only the economy of New York, but for the theater community as well.

L. Steven Taylor, who has played the role of King Mufasa in Broadway's “The Lion King” since 1997, spoke about the initiatives being taken to continue the theater’s work in bringing New York’s diverse community together.

After the events surrounding the death of Minnesota man George Floyd, social and racial justice has been an ongoing battle for New York. Krystal Joy Brown, who plays Eliza Schuyler in Broadway’s “Hamilton,” helped to create the Hamilton Racial Justice Task earlier this year, and announced more plans for Broadway to contribute back to the community.

© REUTERS / CAITLIN OCHS
An audience member has their temperature checked, a prerequisite to attend a NY PopsUp performance at the St. James Theatre, Broadway's first performance since shutting down for Coronavirus (COVID-19) in New York City, U.S., April 3, 2021.

"We've taken a lot of steps not only to make sure the theater will be safe for our audience members, but cast and crew have been trained in anti-racism training, also making sure that we as a brand are pushing forward social justice," Brown explained.

"We realize that as a company - we can come together and do some amazing work so we created something called ‘Plan for Progress’ - to continue to show equity and inclusivity in our community.”

The actors feel that Broadway represents for some their first steps into the arts and for those individuals it is important that the theater represents everything that they are. Alexandra Billings, who plays Madame Morrible in “Wicked,” spoke on her experience as a mixed-race trans woman and how Broadway offered an open door for dialogue and more discussions about change.

“Seeing yourself reflected in art for the very first time is extraordinary both for myself and for them,” she said, describing the experience of trans youth who are often in transition and come to see her for the first time on Broadway.

Tickets are now on sale for all three shows, as well as more productions including, “Tina,” “Ain’t Too Proud - The Life and Times of The Temptations,” “Aladdin,” and many more are set to open in September or October.

Broadway is also working on new productions, including a stage rendition of George R.R. Martin’s “A Song of Ice and Fire” series.

In an interview with CBS News on Tuesday, President of the Broadway League, Charlotte St. Martin, spoke on the positive impact reopening Broadway would have on New York’s overall economy and detailed what plans were being put in place to ensure COVID-19 safety guidelines.

“For audiences they should anticipate at least in the beginning the wearing of masks. More contact-less services and a change in the way people enter and leave the theater,” she explained in relation to audience members.

New York Governor Andrew Cuomo originally planned to open the theaters on May 19 at 30% capacity, but according to Martin, Broadway cannot afford to sell so few seats. There are currently no plans to increase the cost of tickets.

Martin has indicated that operations to keep the lights on for Broadway costs the city $14.8 billion. For this reason, Martin believes it is urgent to reopen and help boost New York’s falling economy, but not without the full capacity of its audience.

“We believe that Broadway will recover and recover hopefully to where we were. We had been breaking records year after year.”

The shut down of Broadway put on hold or fully eliminated the jobs of over 97,000 people. Martin announced that theaters would not reopen unless they could ensure the safety of the Broadway cast and crew members. However, the official admitted that they were still unsure what that would look like as negotiations were ongoing with staff unions.

Currently the COVID-19 vaccine is available to all New York City residents 16 and older. However, it has not yet been decided if it would be a requirement for cast and crew members to get the jab before returning to work.

“Some unions would like it if we required it. Some unions wouldn’t. We’re still talking about it,” Martin explained, adding that if the vaccine were to be a requirement, all shows would have to oblige.

Broadway is still in talks with the New York state government about the planned protocols as every day, the world continues to learn something new about the virus. Earlier this month, “Hamilton” creator Lin-Manuel Miranda joined New York City Mayor Bill de Blasio and others to tour the Broadway COVID-19 vaccine site in an effort to encourage people to get vaccinated.