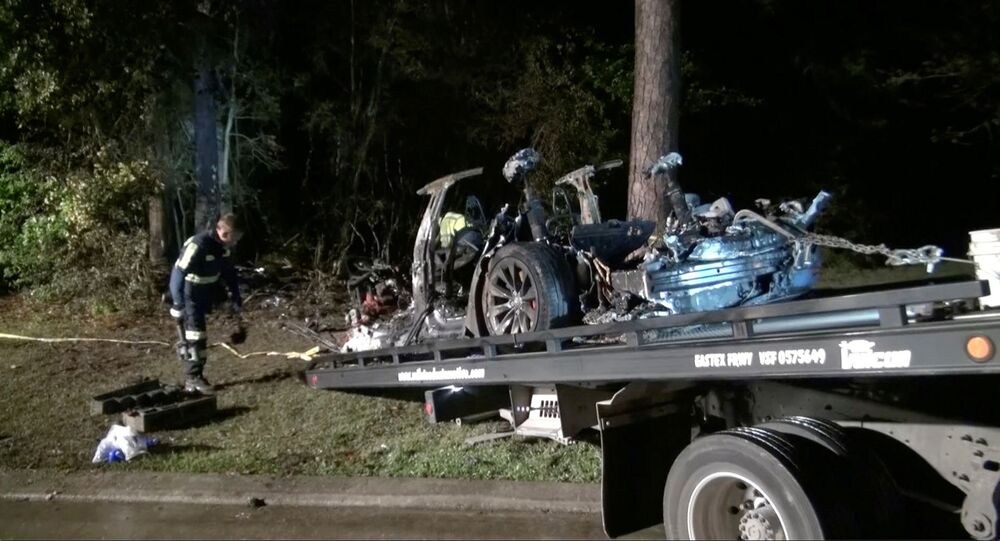 Two men were killed earlier this month after a 2019 Tesla Model S reportedly veered off the road, crashed into a tree and burst into flames. Authorities originally said neither man was behind the wheel, while Tesla CEO Elon Musk claimed that data logs recovered from the vehicle "show Autopilot was not enabled" at the time of the crash.

The National Transportation Safety Board (NTSB) on Monday issued a preliminary report regarding the fatal April 17 crash unfolded at roughly 9:07 p.m. local time in Spring, Texas.

"NTSB tests of an exemplar car at the crash location showed that Traffic Aware Cruise Control could be engaged, but Autosteer was not available on the part of the road (Hammock Dunes Place) where the crash happened," the NTSB detailed, noting that both Traffic Aware Cruise Control and the Autosteer systems are engaged when Tesla's 'Autopilot' is engaged.

This determination falls in line with claims made by Musk, who tweeted on April 19 that "data logs recovered so far show Autopilot was not enabled & this car did not purchase FSD."

"Moreover, standard Autopilot would require lane lines to turn on, which this street did not have," he added.

At the same time, Constable Mark Herman told reporters that investigators at the scene were "100 percent certain that no one was in the driver seat driving that vehicle at the time of impact" due to the "positioning of the bodies after the impact."

The Board has yet to make a conclusive determination in whether "Autopilot" was engaged.

Based on the footage, the NTSB determined that the owner of the Tesla, 59, got into the driver's seat, while the other man, 69, got into the front passenger seat. The Tesla Model S reportedly traveled some 550 feet (about 168 meters) "before departing the road on a curve, driving over the curb, and hitting a drainage culvert, a raised manhole and a tree."

© REUTERS / Scott J. Engle
The remains of a Tesla vehicle are seen after it crashed in The Woodlands, Texas, on April 17, 2021.

The vehicle's steering wheel has also been obtained by the NTSB materials laboratory, and will be analyzed for damage.

"The NTSB’s investigation of the crash is ongoing, and investigators continue to gather information including data to analyze the crash dynamics, postmortem toxicology test results, seat belt use, occupant egress and the post-crash fire," the Board highlighted.