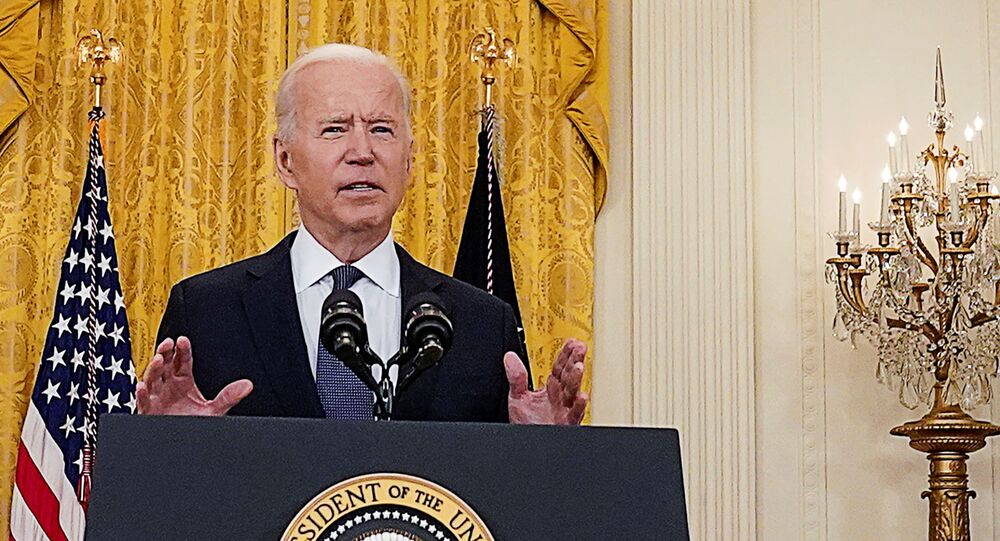 WASHINGTON (Sputnik) - The US economy will likely see its fastest growth in four decades in the months to come, though the rate of expansion might not be smooth throughout, President Joe Biden said on Monday.

"Forecasts have projected that we will see the fastest economic growth in nearly 40 years to come in the months to come, and we're moving in the right direction," Biden told a news conference.

But he cautioned that there might be bumpy patches ahead, evidenced by the sharp slowdown in jobs growth in April versus March.

"Let's be clear, our economic plan is working. I never said, nor seriously ever suggested, that climbing out of the deep deep hole our economy is in would be simple," he said.

The US economy expanded at an annual rate of 6.4 percent in the first quarter of the year after shrinking 3.5 percent in 2020 due to COVID-19 lockdowns which left 21 million people unemployed between March and April.

More than a year into the pandemic, restoring job growth has been one of the biggest headaches for policymakers. The April jobs report, for instance, showed just 266,000 positions being created despite forecasts for 1 million new jobs.

The Federal Reserve has forecast economic growth of 6.5 percent for all of 2021, although it said it does not expect "full employment" - defined by a monthly unemployment rate of 4.0 percent or lower - before 2023. Unemployment stood at 6.1 percent in April.

Biden said his administration would also step up enforcement of labor rules denying financial assistance for those who turned down work offered to them.