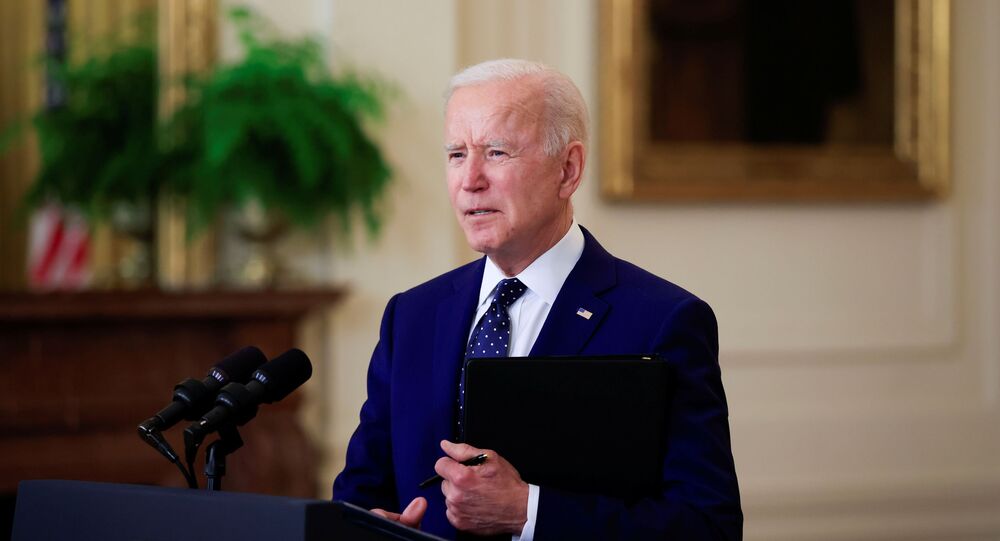 The Washington Post previously reported the cyberattack on the pipeline could have been carried out by the DarkSide ransomware gang, which is reportedly based in Eastern Europe.

US President Joe Biden said on Monday there is no evidence to suggest that the Russian government was behind a cyberattack on Colonial Pipeline.

"So far there is no evidence based on, from our intelligence people, that Russia is involved. Although there is evidence that the actors, ransomware is in Russia. They have some responsibility to deal with this", Biden said.

The FBI confirmed earlier in the day that DarkSide ransomware is responsible for the breach of one of the United States' largest pipeline operators, Colonial Pipeline.

"The FBI confirms that the Darkside ransomware is responsible for the compromise of the Colonial Pipeline networks. We continue to work with the company and our government partners on the investigation", the FBI said in a statement.

US Deputy National Security Adviser Elizabeth Sherwood said on Monday that the Colonial Pipeline wasn’t damaged by the recent hack attack by DarkSide ransomware, and that its operations can quickly resume.

"Colonial has told us that it has not suffered damage and can be brought back online relatively quickly but that safety is a priority given that it has never before taken the entire pipeline down", Sherwood told reporters in a press briefing.

She added there was no oil and gas shortage due to the disruption, however, the US administration has a plan in place if a shortage does occur.

The pipeline operator said Monday in a statement that it expects to substantially restore service by the end of the week.

"While this situation remains fluid and continues to evolve, the Colonial operations team is executing a plan that involves an incremental process that will facilitate a return to service in a phased approach. This plan is based on a number of factors with safety and compliance driving our operational decisions, and the goal of substantially restoring operational service by the end of the week", the statement said.

Colonial Pipeline said Friday that it halted all pipeline operations and took some systems offline to contain the threat from a cyberattack. The Colonial Pipeline carries 2.5 million barrels a day, which is almost half of the gasoline, diesel and other fuels used on the East Coast.