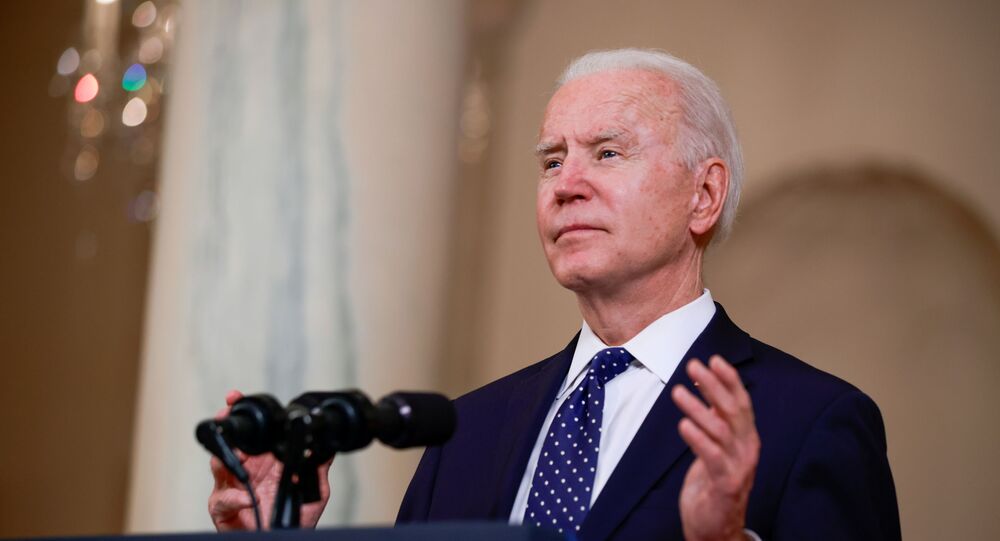 Kevin McCarthy first called for a meeting with President Joe Biden in a 5 March letter, where the House minority leader focused on the growing surge of unaccompanied migrant children emerging at the US’ southern border.

On Wednesday, US President Joe Biden is due to meet House Minority Leader Kevin McCarthy for the first time since taking office on 20 January, which may turn into an opportunity for easing the two’s “frosty relationship”, The Hill reports.

The news outlet cited unnamed officials on both sides of the aisle as saying that the Wednesday sit-down may become an important step and reflect both men’s drive “to move forward”.

Current and former Biden advisers, for their part, insisted that the ball is in McCarthy’s court to signal his readiness to cooperate with the White House.

The remarks were preceded by the House minority leader hinting last month at his willingness to sit down with the US president.

He bemoaned the fact that while he had requested meetings with Biden “a number of times”, the POTUS had “never even acknowledged them”.

McCarthy first requested such a meeting on 5 March, when he underscored the necessity of discussing a spate of pressing migration-related issues with the US president, including the ever-increasing surge of refugees near the country’s southern border. However, the House GOP leader had not received a response from the White House since then.

© REUTERS / KEVIN LAMARQUE
Senate GOP Leader McConnell Says He Won't Support Biden's Infrastructure Plan Over Tax Hikes
Reports about the two’s forthcoming sit-down come amid a chill in bilateral ties, which earlier deteriorated due to McCarthy’s reluctance to recognise Biden as president-elect in the weeks that followed the 3 November 2020 election, his vote to reject the certification of electoral results declaring Biden the winner of certain states, and his refusal to distance himself from former President Donald Trump following the deadly 6 January riots at the US Capitol.

At the time, five people were killed after Trump supporters breached the Capitol building in Washington, DC to protest the Electoral College certification of Biden as the winner of the 2020 presidential election.