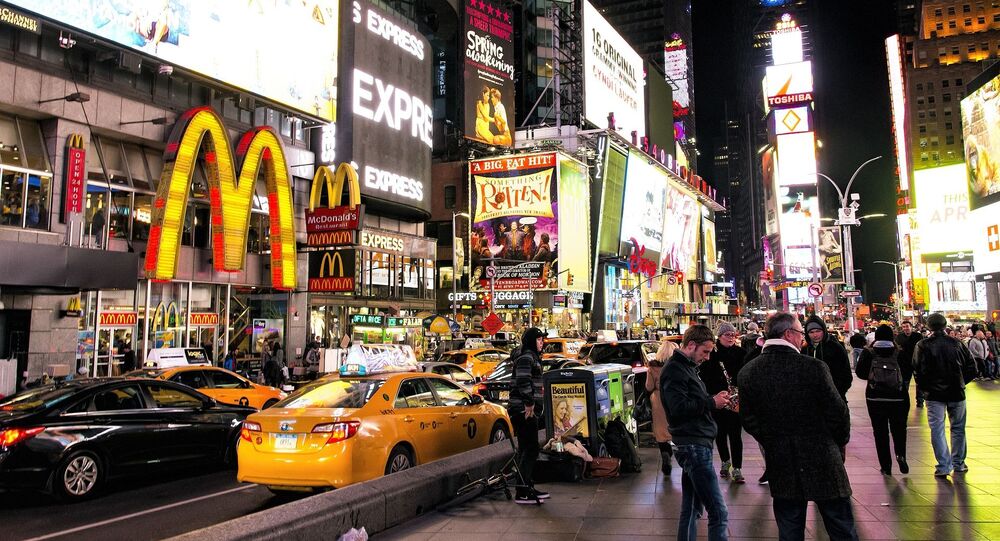 NEW YORK (Sputnik) - Two women and a girl were injured in a shooting in Times Square, according to the New York City Police Department (NYPD).

An NYPD spokesperson told Sputnik on Saturday that the search for the suspect was ongoing.

"No arrests, the investigation is ongoing," the spokesperson said, confirming reports of a woman and a child sustaining gunshot wounds on Saturday.

According to CBS, the shooting occurred at around 5 p.m., local time, on Saturday (21:00 GMT), at West 44th Street and Seventh Avenue.

"Due to a police investigation avoid 44 Street and 7th Avenue in Manhattan. Expect a police presence in Times Square and residual traffic delays in the surrounding area," NYPD said on Twitter.

Police Commissioner Dermot Shea said at a Saturday news conference, as cited by NY1, that the shooting was the result of a dispute among two to four people. The victims (a 4-year-old girl who had been shopping with her family; a 23-year old woman from Rhode Island; and a 43-year-old woman from New Jersey) were innocent bystanders, according to Shea. The girl and the Rhode Island woman were both shot in the leg, the third woman was shot in the foot.

Earlier, when asked about the exact age of the victims, an NYPD spokesperson told Sputnik that the investigation was only in its initial stages.

"We don’t have the actual ages yet," the police spokesperson said, adding that "they are both girls" but declining to comment on whether there was just one gunman or multiple shooters.

Meanwhile NY1 reported that all three of the victims, the 4-year-old girl and two women, were taken to Bellevue Hospital and were expected to survive their injuries. They do not know each other and were not the intended targets.

The motive behind the shooting remains unknown. Police are reportedly searching for a male suspect.