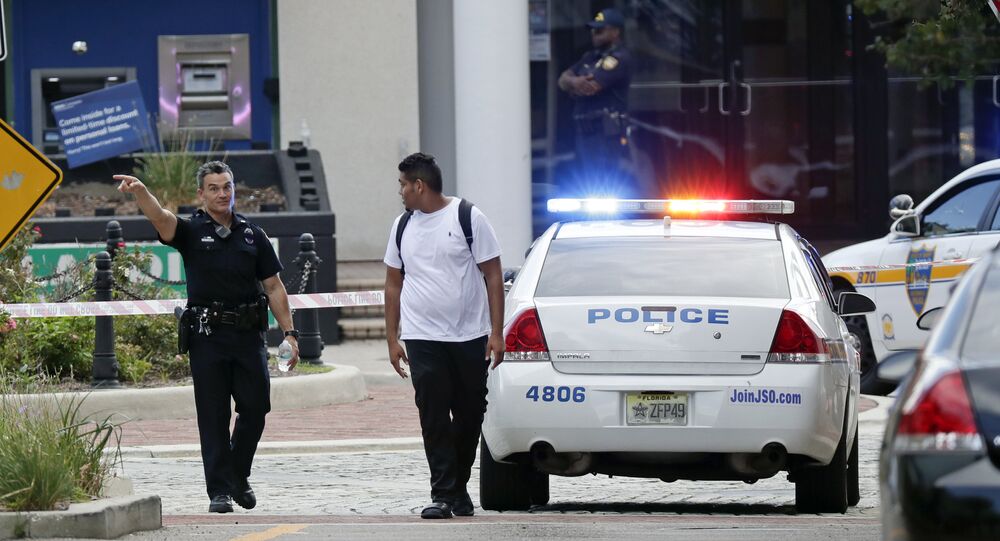 WASHINGTON (Sputnik) - Aventura Police have confirmed that three people were injured in the Saturday afternoon shooting at a city mall.

Aventura Police have said that several suspects had been detained and are in custody after reports of  shooting in the Florida mall.

According to police, access to the mall will not be allowed until further notice.

"We have several suspects involved in custody and being question[ed] by Detectives. We have 3 victims who have sustained NON- life threatening injuries and out being treated at local hospitals," Aventura Police tweeted.

Earlier, WPLG Local 10 TV reported that the shooting occurred at Aventura Mall at around 4 p.m., local time, on Saturday (20:00 GMT).

A witness told Local 10 that customers ran for safety after hearing gunshots. When police arrived, customers and mall employees were hiding in stores, closets and storage rooms as the search for a shooter or shooters was underway.

WFOR-TV reported, citing Miami-Dade Fire Rescue, that at least three people were taken to area hospitals after the shooting at Aventura Mall.

Asked about the shooter, the Aventura police major, Michael Bentolila, told reporters to watch the department’s social media instead, and did not give any information on whether anyone had been taken into custody.