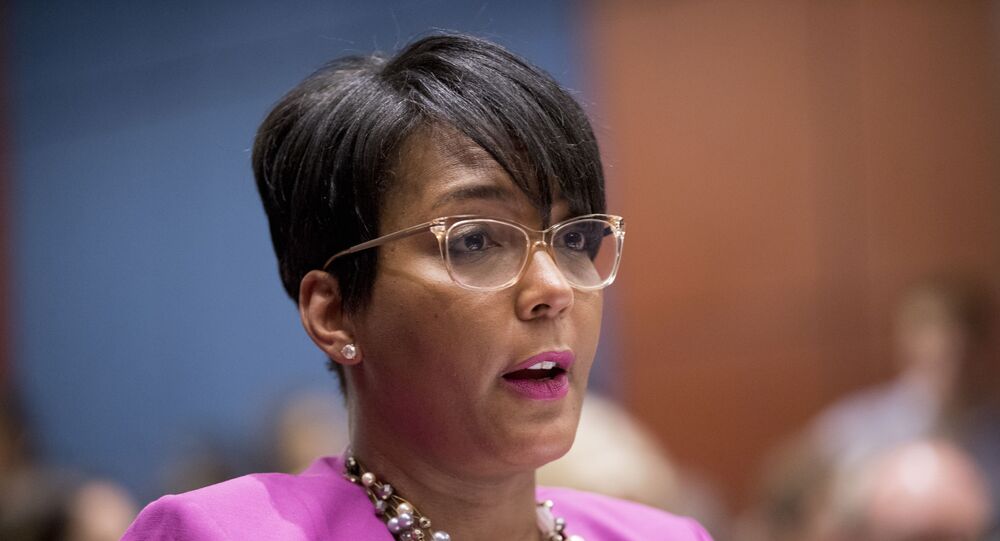 Keisha Lance Bottoms, Atlanta’s mayor for the last four years, posted a letter on Thursday to her constituents outlining the accomplishments made during her career, citing the handling of a 2018 cyberattack and her role in the 2020 presidential election. The notice also revealed she would be dropping out of the mayoral race.

Bottoms confirmed during a Friday new conference that she would not be pursuing a second term as Atlanta’s mayor despite the launch of her reelection campaign earlier this year.

“In the same way that it was very clear to me almost five years ago that I should run for mayor of Atlanta, it is abundantly clear to me today that it is time to pass the baton on to someone else,” Bottoms said in her remarks to reporters.

It was reported by some media outlets that Walgreens CEO Rosalind Brewer, a close friend of Bottoms’ family, offered the Atlanta mayor a new position with the company. Bottoms shot down those rumors during the news conference, stating that her decision was made after careful consideration with her family.

Bottoms’ announcement comes after City Council President Felicia Moore announced plans to run against the Atlanta mayor in the November 2 election. Moore has responded to Bottom’s decision in a release on Friday.

“This was obviously a difficult decision for the mayor, but she needs to do what is right for her and her family. As she continues to serve out the remainder of her term, I look forward to working with her to address the critical issues the city is facing and particularly the crime happening across,” Moore said, according to local station 11Alive.

Bottoms had launched her reelection campaign earlier this year at a fundraising event headlined by US President Joe Biden, which raised over $500,000.

In both her letter and a video posted online Thursday evening, titled “Dear Atlanta,” Bottoms did not rule out the possibility of running for another term, and inferred that she would still pursue fundraising events.

Bottoms is the second Black woman to lead the city of Atlanta. The first was Shirley Franklin, who served two terms from 2002-2010. Bottoms also served as a judge and city council member for eight years.

Bottoms was offered a position in Biden’s cabinet following his presidential win, which she declined.

During the Friday conference, Bottoms reiterated her support for an increase in the minimum wage, but insisted that the income gap, crime rate and criminal justice record would be something the next mayor would have to work to rectify. Her early departure from the race leaves room for new mayoral candidates to organize.