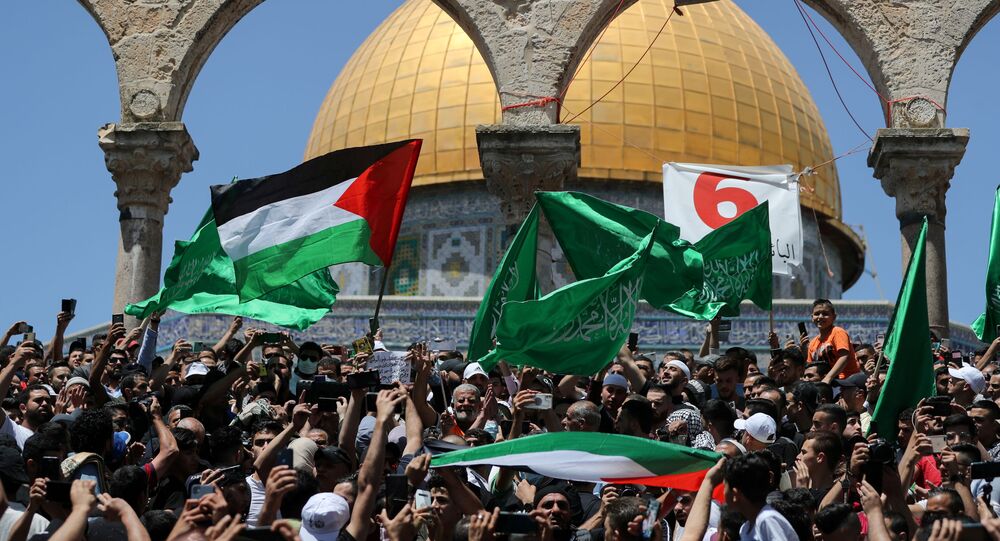 This news comes amid a long-running legal case between Palestinians and Jewish settlers in the Sheikh Jarrah neighborhood. Lawyer Hosni Abu Hussein, the attorney representing the Palestinian families, claimed to reporters that the "prevailing atmosphere made it difficult" for an Israeli court judge to make the decision alone.

As the eviction appeal case moves on to the Israeli Supreme Court, the US Department of State has expressed concern about the looming possibility of Palestinian families being removed from their homes in Sheikh Jarrah.

Recent reports from the area have claimed that Israeli forces operating in the area have injured dozens of Palestinians, and reportedly "kidnapped" a number of individuals from their homes.

"As we head into a sensitive period in the days ahead, it will be critical for all sides to ensure calm and act responsibly to deescalate tensions and avoid violent confrontation," Porter said. "We're deeply concerned about the potential eviction of Palestinian families in Sheikh Jarrah, many of whom have lived in their homes for generations."

© REUTERS / Ammar Awad
A Palestinian protester is detained by Israeli border policemen during clashes amid ongoing tension ahead of an upcoming court hearing in an Israeli-Palestinian land-ownership dispute in the Sheikh Jarrah neighbourhood of East Jerusalem May 4, 2021

We are deeply concerned by the escalation of violence in Jerusalem. The rhetoric of extremist protestors chanting hateful and violent slogans must be firmly rejected. We call for calm and unity, and urge authorities to ensure the safety, security, and rights of all in Jerusalem.

Rupert Colville, spokesperson for the UN High Commissioner for Human Rights, has stated that the evictions, "if ordered and implemented, would violate Israel's obligations under international law" regarding East Jerusalem.

"We call on Israel to immediately halt all forced evictions, including those in Sheikh Jarrah, and to cease any activity that would further contribute to a coercive environment and lead to a risk of forcible transfer," he said on Friday.

The legal case regarding the Palestinian families' rights remains ongoing and has been advanced to the Supreme Court. Previously, an Israeli court failed to get the families and settlers to reach an agreement regarding land ownership.

© REUTERS / Mohammed Salem
A masked Palestinian boy looks on as Hamas militant take part in a protest over the possible eviction of several Palestinian families from homes on land claimed by Jewish settlers in the Jerusalem's Sheikh Jarrah neighbourhood, in the northern Gaza Strip on May 7, 2021.

"Our request to appeal the eviction was based on sound legal arguments that any judge would have easily accepted but the prevailing atmosphere made it difficult for the judge to stand up for justice," the families' attorney told Arab News.

According to rental law in Jerusalem, the families' agreement to pay rent would mean the settlers legally own the land.