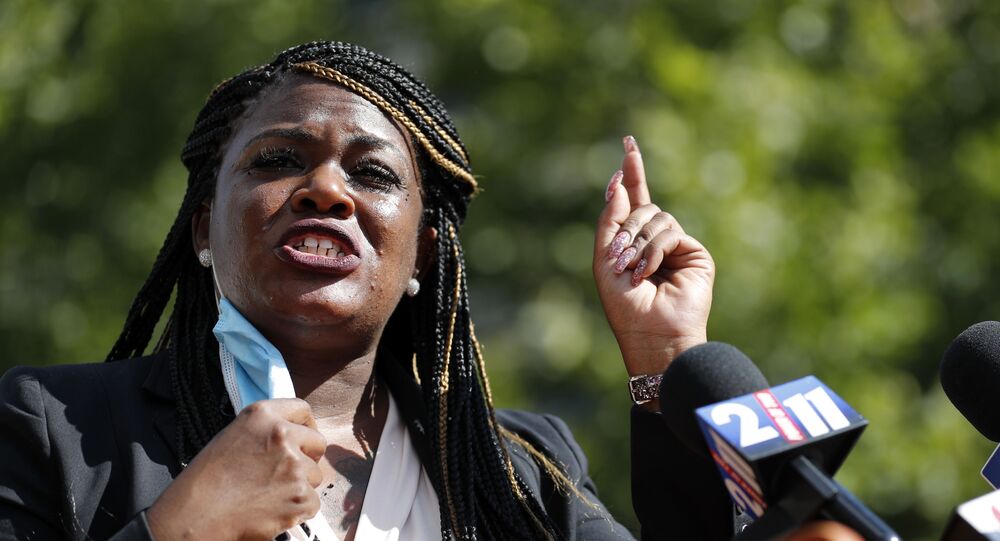 According to many of those trying to make the English language more gender-neutral, some words should simply be erased from our everyday vocabulary – including "mum" and "dad."

Democratic Representative Cori Bush, a new addition to "The Squad" group from Missouri, is facing an online backlash after referring to women as “birthing people” during her address to Congress on Thursday.

Sharing her emotional address on Twitter, the first-year lawmaker reiterated the much-hated term:

“Every day, Black birthing people and our babies die because our doctors don’t believe our pain. My children almost became a statistic,” she wrote.

I testified about my experience @OversightDems today.

Hear us. Believe us. Because for so long, nobody has. pic.twitter.com/rExrMXzsSQ

Despite receiving strong support from the left camp, the lawmaker’s choice of language has angered many, with netizens complaining that Bush has downgraded the role of women to “birthing machines” with her attempt of inclusiveness.

Women. You can say women.

More people would hear you if you didn’t insist on using nonsense phrases like “birthing people.”

Yes, "birthing people" grates the ears a bit and it was completely unnecessary and obviously distracting to include.

I just hope people can understand how severe the actual problem being discussed is. Doctors have a very weird variance in diagnosing pain across demographics.

I’m a big fan of giving mothers the respect they deserve by calling them mothers.

The use of gender-neutral terms remains a hot topic in the US, with liberals often called out for being too quick to dismiss more conservative views on the issue. Following the online storm, Bush has tweeted to her critics, accusing them of “racism and transphobia."

I testified in front of Congress about nearly losing both of my children during childbirth because doctors didn’t believe my pain.

Republicans got more upset about me using gender-inclusive language in my testimony than my babies nearly dying.

Racism and transphobia in America.

According to the Democratic politician, “Republicans got more upset” about her use of “gender-inclusive language” than about her “babies nearly dying.” But some have disagreed – the issue has nothing to do with GOP members, several users have pointed out, calling the use of the phrase “really dumb."

I'm not a Republican. I am a Black mother. It's OK to say that because that's who you were referring to. It's Black mother's who are dying at a higher rate than anybody else. Not birthing people.

Two things can be true at once:

1) What you experienced was terrible and we should make changes so others don't have that happen to them.

2) You saying 'birthing people' was really dumb and you knew this would happen, which is probably why you did it.