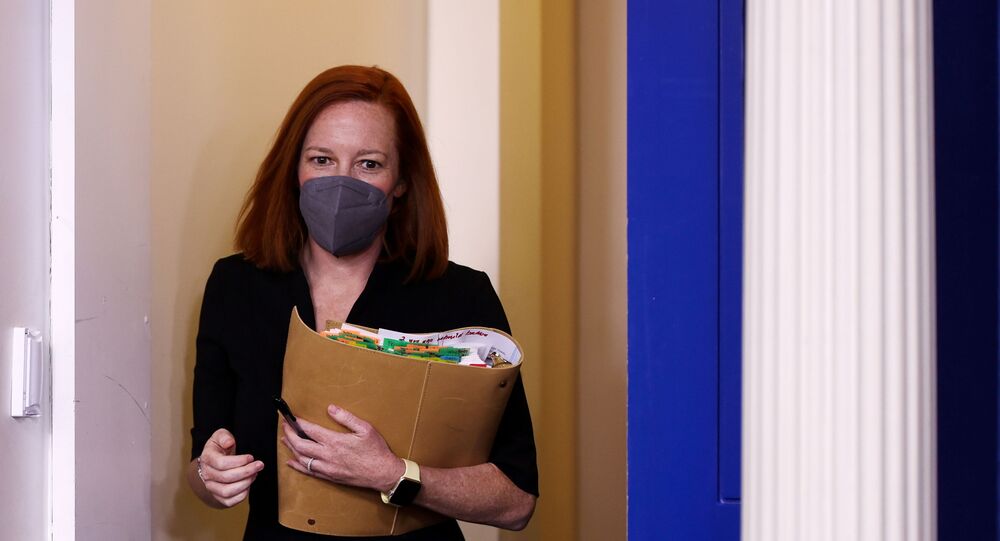 Jennifer Psaki gained fame as Department of State press secretary under Democratic US President Barack Obama. In 2015 she worked as Director of Communications and returned to the scene this year as Joe Biden's press secretary.

White House Press Secretary for US President Joe Biden, Jen Psaki, plans to step down in about a year, she said in interview with David Axelrod on Thursday. She stressed that the duration of her term was pre-negotiated with Biden's team.

The spokeswoman noted that she loves her job and is not leaving it due to oversight or mistake.

Psaki has become a distinctive figure in the informational background of the US-Russian relations, as she stepped up as State Department spokeswoman from 2013-2015 and White House communications director from 2015-2017 in Obama administration.

As the period was filled with some milestone events for international relations, which significantly deteriorated relations between Moscow and Washington, Psaki has become widely known in Russia both for her stern anti-Russian stance and some iconic gaffes, immediately corrected, though.

In particular, she has shown some unawareness of Eastern Europe geography, saying, among other things, that natural gas supplies flow from Western Europe through Ukraine to Russia.