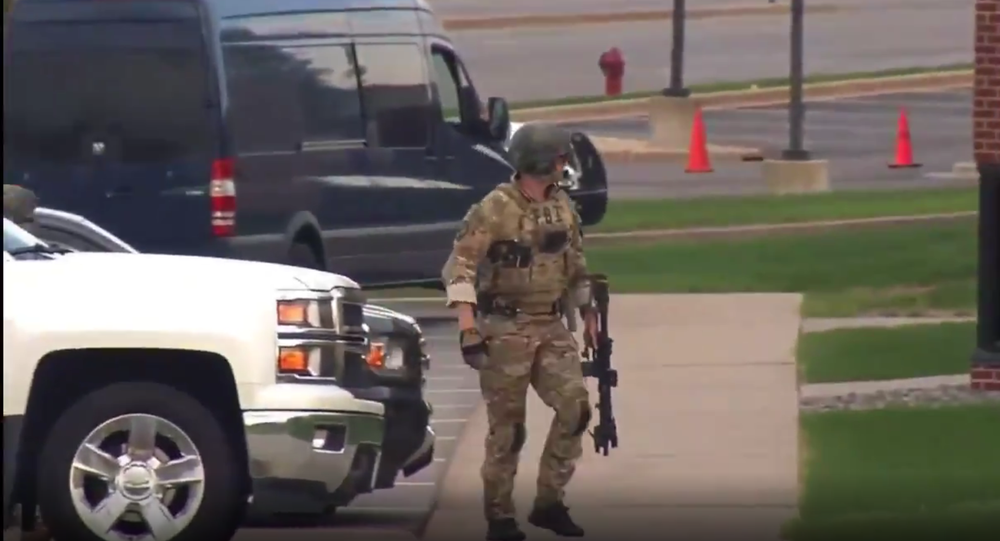 Suspect Reportedly in Custody, All Hostages Released After Bank Robbery Incident in Minnesota

On Thursday, following police respone to the reported active hostage situation, KSTP.com, citing St. Cloud Police Department, reported that all hostages that were inside the bank are "safe and uninjured", and the suspect was taken in custody. The Associated Press reported that four hostages were released.

Earlier in the day, around 6:30 p.m. local time, one hostage suspect was seen leaving the bank with their hands up, according to area reports. A second suspect was release some 30 minutes later.

The SCPD earlier confirmed that the reported hostage situation at Wells Fargo bank was underway, and agents with the Federal Bureau of Investigation (FBI) were assisting with operations.

Several streets were reportedly blocked off and the public has been told to avoid the immediate area.

"Negotiations are ongoing," said SCPD Lt. Lori Ellering in a memo released around 5:15 p.m. local time. "The situation remains an active incident. There are an undisclosed number of bank employees being held hostage inside. There are no reports of injuries. The SCPD and FBI are working together on this incident and are working with SWAT resources on scene."

We're getting a report that a bank in St. Cloud is being robbed and that a hostage may have been taken. SWAT is on site.
We don't have any official confirmation on the details.
We'll update with more info when available.
15:28

Several individuals can be seen observing the scene from a nearby parking lot.

Ealier, following media reports on an active hostage situation, representatives of the bank issued a statement, confirming the incident.

"We can confirm a hostage situation at Wells Fargo’s St. Cloud South branch, located at 200 33rd Avenue South," a Wells Fargo spokesperson said in a statement issued to local outlet KARE 11. "We are cooperating with local law enforcement and will do whatever we can to assist the authorities in their investigation. We recognize this is a traumatic moment for the community and our colleagues. The safety and security of our customers and employees is our most important priority."