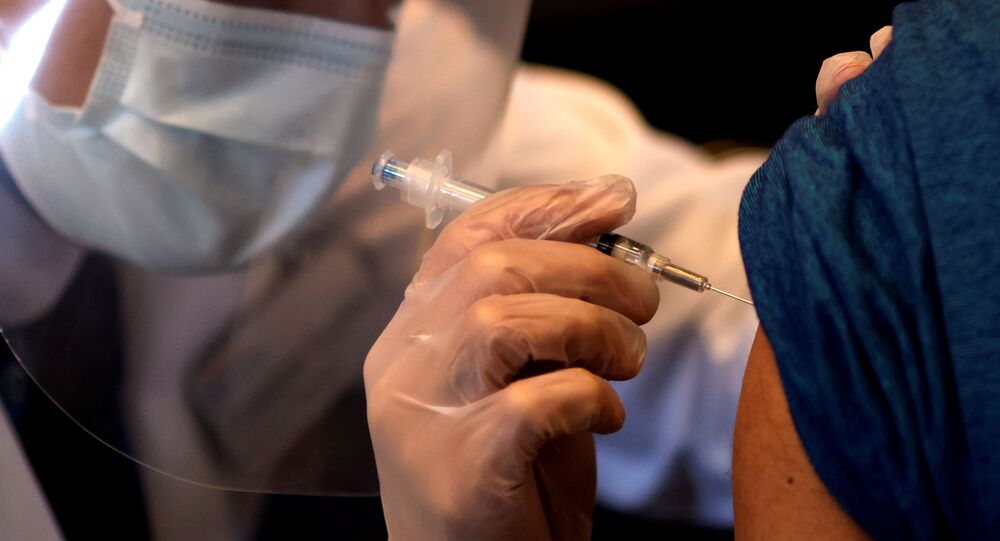 The claim comes amid the US' vaccination rollout: almost 140 million people have received at least one shot, while around 95 million Americans are fully vaccinated.

An average of 30 people in the US died every day after getting inoculated against COVID during the period between December 2020 and the beginning of May 2021, Fox News host Tucker Carlson claimed on his "Tucker Carlson Tonight" show on Wednesday night. He didn't, however, provide any evidence proving that the vaccine was to blame.

"Between late December of 2020, and last month, a total of 3,362 people apparently died after getting the COVID vaccines in the United States. Three thousand, three hundred, and sixty-two — that's an average of 30 people every day," Carlson said.

He also claimed that the actual number of deaths “is almost certainly much higher than that."

Last month, the US Centres for Disease Control and Prevention (CDC) stated that 0.0017 percent of those who received a COVID jab from December 14 2020 through to 3 May 2021 died, but a "review of available clinical information, including death certificates, autopsy, and medical records has not established a causal link to COVID-19 vaccines."

© Photo : Senior Airman Erin Piazza
Biden: US Military Brass Will Decide Whether to Issue COVID-19 Vaccine Mandate for Troops
CDC noted, however, that recent reports indicate a plausible causal relationship between the J&J/Janssen COVID vaccine and rare instances of blood clots with low platelets, which had caused deaths.

Johnson & Johnson admitted a month ago to having produced a faulty batch of coronavirus vaccines at an East Baltimore facility, reportedly due to a mix-up of two ingredients that led to about 15 million doses being thrown out.

On April 23, the US Food and Drug Administration and CDC lifted their restrictions on the use of the vaccine, saying that they're confident it's safe and effective after a thorough data assessment.