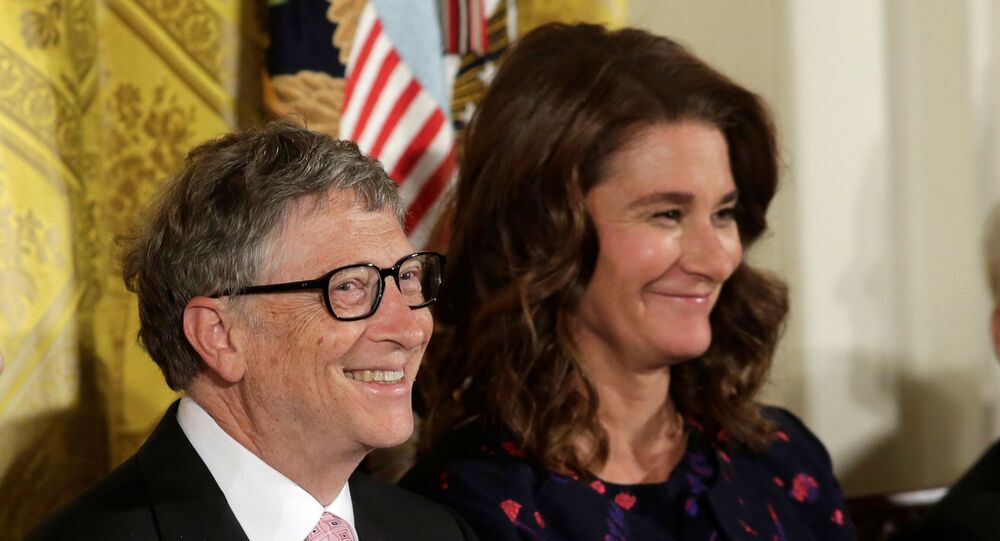 Earlier, the US multibillionaire entrepreneur and Microsoft founder, Bill Gates, and his wife announced a break up after almost three decades of marriage. The divorce proceedings are expected to become some of the most pricy in the world, as they could split up a fortune of around $145 billion, according to Bloomberg estimates.

The Cascade Investment fund, through which Bill Gates operates shares of a number of large companies, on May 3 transferred securities valued at an estimated $1.8 billion to his wife Melinda Gates, the New York Post reported on Wednesday, citing a Securities and Exchange Commission filing dated the same day.

The motion is believed to be related to the couple’s divorce and property division, as it came the day after their split was announced.

Melinda Gates has reportedly received shares of the Canadian National Railroad Company currently worth some $1.5 billion, along with securities for the largest auto dealer in the US, AutoNation, for $309 million. Bill and Melinda Gates are one of the biggest land owners in the US, with millions of dollars of properties.

According to Bloomberg, the transferred assets constitute just a small part of Cascade Investment-owned shares, including Deere & Co., Republic Services Inc. and many other large cap stocks.

Melinda and Bill Gates announced on 3 May that they would divorce after 27 years of marriage. Under Washington state law, spousal property should be divided equally, but, as family lawyer Janet George told Bloomberg, in practice, courts could side with one of the spouses, awarding them the biggest part of any jointly-owned property. At the same time, it is likely that information about the division will not become public, as it can be classified by various agreements between spouses.

While They Were Still Together: Bill and Melinda Gates' Most Iconic Photos