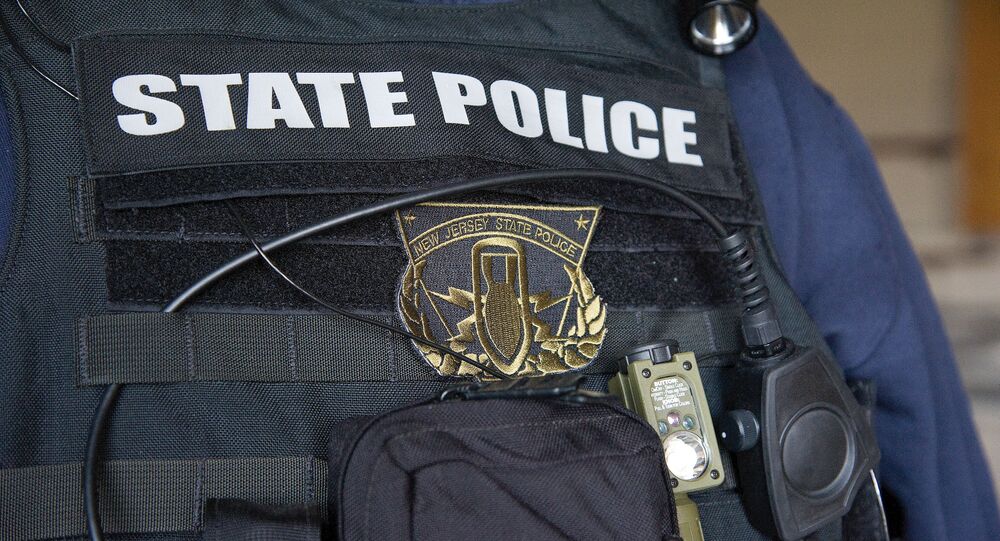 Earlier in the week, a video emerged showing a Los Angeles woman verbally abusing a police office, calling him "murderer" and a "Mexican racist" who "wants to be white." The officer was rebuking her for using her cell phone while driving.

A New Jersey police officer has been fired after calling Black Lives Matter activists "terrorists" in a June 2020 post, NJ.com reported on Wednesday.

According to the report, the fired Hopewell Township police officer, Sara Erwin, is "devastated" after losing her job over the post, where she said that her children were crying for her not to go to work during protests triggered by the death of George Floyd while in police custody in May 2020.

“Last night as I left for work I had my two kids crying for me not to go to work. I don’t think I’ve ever felt the way I did last night. And then I watched people I know and others I care about going into harms way. I love my police family like my own", the post reportedly read. "So when you share posts and things on Facebook I’d really appreciate if you’d THINK before doing so. I’ve seen so many black lives matter [sic] hashtags in these posts. Just to let you know — they are terrorists. They hate me. They hate my uniform. They don’t care if I die.”

Appearing on Fox & Friends on Wednesday, Erwin elaborated how "emotional" that time was, saying that she was worried about other officers, as her loved ones were reaching out to her to make sure she was fine.

"I had friends, family, tons of people reaching out, text messages, phone calls, reaching out through messenger, checking on me and making sure everything was OK cause they were seeing so many things in the news", she said. "I felt it was easiest to put what I was feeling and get a message out there that I was home [and] I was safe."

“The fact that she supported her position as a fellow officer, that was the reason that they actually suspended her,” attorney Frank Crivelli said of Grey, who, according to the New York Post, replied to Erwin's Facebook post. “They’re trying to make an example out of them, and in my view, they’re pandering to the far left,” Crivelli said of the township’s decision.

Last year, Erwin was promoted to sergeant - a rank she will now lose in her demotion. She was the first female officer hired in Hopewell Township. According to Crivelli, the two women are decorated officers with “absolutely no disciplinary history" and around 20 years of service between them.

The lawyer also reportedly said that appeals have been made in superior court for both, with First Amendment issues particularly included.

© CC BY-SA 2.0 / Lorie Shaull
A Justice For George Floyd sign hanging in front of Cup Foods near the intersection of East 38th Street and Chicago Avenue in Minneapolis, Minnesota

The Facebook post that appeared to cost Erwin a job was shared at the time when protests against police racism and police brutality in the United States sparked by the death of George Floyd were engulfing the nation, with some demonstrations evolving into violent riots with clashes between protesters and police.

The violence of some BLM activists appears to impact police officers and ordinary people who have nothing to do with the issue. Earlier in the week, a woman from Los Angeles racially insulted a cop, repeatedly calling him a "murderer" after the officer gave her a ticket for using a cell phone when driving. In another incident, which took place in April, BLM protesters harassed diners outside a family-owned Brooklyn taqueria in NYC, yelling that they should "stay the ­ f**k outta New York.”