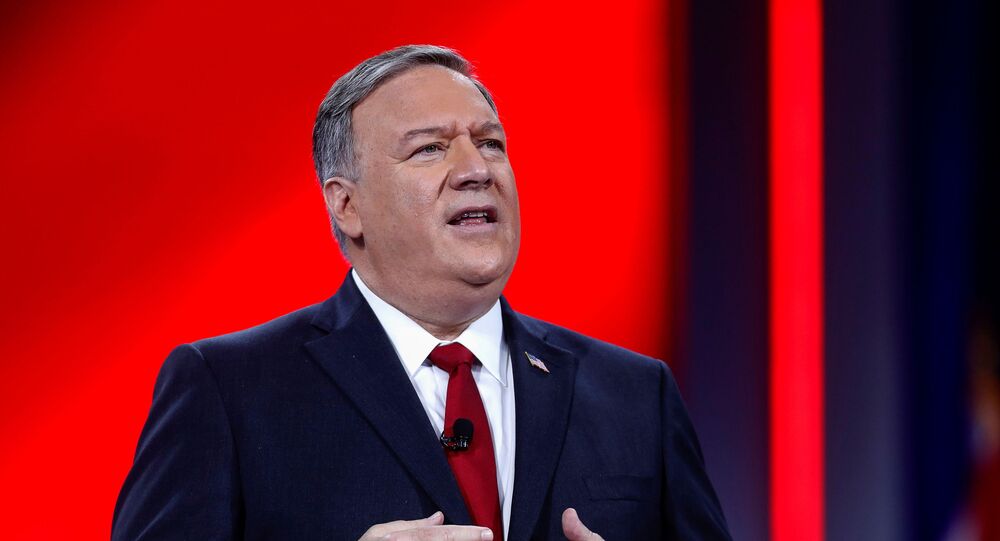 The new rhetoric in the CIA's recruitment video sparked a spate of ridicule online as netizens started to wonder why the agency would suddenly start appealing to the so-called "progressives" in American society in its ads.

Former Secretary of State Mike Pompeo has lambasted a recently released recruitments video for the Central Intelligence Agency over its focus on appealing to people of diverse backgrounds, different races, and sexual orientations. He suggested that instead, the agency should attract the most "talented patriots" like it used to do during his own brief career as the director of the intelligence body between 2017 and 2018.

The former official recalled one occasion, when a CIA analyst thanked him for valuing her specifically for her set of professional skills rather than for anything else.

"When I was Director of the CIA, we valued individuals based on their talent and skill, not their race or sexuality. I’ll never forget what one female analyst said to me: 'Thank you for valuing me for my work. I want my abilities and achievements to define me, not my sexuality'", Pompeo recalled in one of his tweets.

The former CIA head insisted that the US cannot risk its "national security" by changing its hiring policies to "appease some liberal, woke agenda".

The collection of incredibly talented patriots serving America at the CIA is what makes it the best spy agency in the world — and we must continue to recruit the best and brightest. We can’t afford to risk our national security to appease some liberal, woke agenda.

Pompeo referred to several videos that the CIA posted on its social media accounts that featured an agent named Mija. In the video clips, she stressed her ability to be "unapologetically" herself, an "intersectional" and "cisgender millennial", refusing to "internalise misguided patriarchal ideas of what a woman can or should be".

The ad's apparent appeal to so-called "progressives" (also colloquially known as "woke") was not warmly received by many netizens, who either predicted that the agency will start to decline soon or outright mocked it.

This is a real video released by the CIA. Every institution is being destroyed by the woke left. If we don’t stop this, 🇺🇸 will fall. I bet instead of waterboarding, they’ll unleash real torture on terrorists: Listening to "progressives" talk for hours about every social issue. pic.twitter.com/5sFBrhNGMd

Some twitterians pointed at inconsistencies in the CIA's new ad, such as Mija stressing how she had earned her place in the ranks of the agency despite suffering from "imposter syndrome" and "generalised anxiety disorder", while the video showed the agent's awards for "diversity and inclusion" rather than her professional accomplishments.

Why would they put all the diversity and inclusion awards over her talking about how she earned her way in not because of gender or race. Is this parody. 😂 pic.twitter.com/rawIMwhVbd