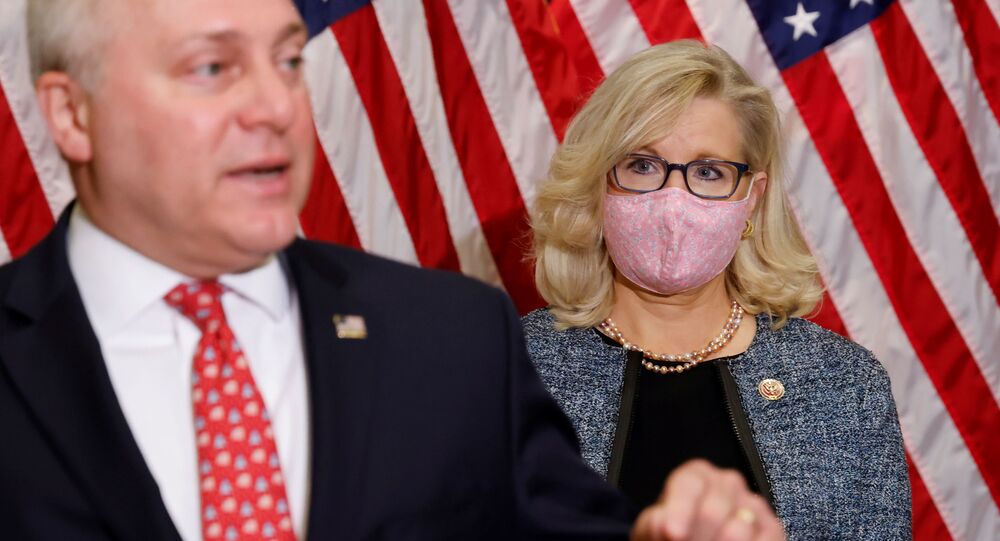 In the wake of the deadly January 6 Capitol riot, Rep. Liz Cheney (R-WY) was one of ten Republican lawmakers within the US House of Representatives to vote in favor of impeaching former US President Donald Trump for inciting the insurrection. Now, House GOP members are seeking to boot her out of the top leadership job she holds in the chamber.

House Minority Leader Kevin McCarthy (R-CA) was recently caught admitting to feeling fed up with Cheney, noting on a hot mic that he has seriously “lost confidence” in her ability to serve as the chairperson of the House Republican Conference.

In a tape reviewed by Axios, McCarthy is reportedly heard telling “Fox & Friends” anchor Steve Doocy that “[Cheney’s] got real problems,” and that he’s “had it” with her.

"I've had it with her. You know, I've lost confidence,” McCarthy says to Doocy. “Well, someone just has to bring a motion, but I assume that will probably take place."

The remarks, which came just moments before the conservative duo were set to go for an on-air interview, differed completely from the comments that McCarthy gave to Doocy for the live segment.

Instead, McCarthy acknowledged that he’d only heard House GOP members were growing “concerned” with Cheney’s ability to execute the responsibilities of the post, specifically about her ability to “carry out the message” of the Republican Party.

“There's no concern about how she voted on impeachment. That decision has been made,” McCarthy told Doocy. “We all need to be working as one if we're able to win the majority. Remember, majorities are not given; they are earned. And that's about the message about going forward."

Although McCarthy has largely left it to his fellow House Republicans to blast Cheney, the Tuesday slip-up marks the first time that he has directly stated his stance on the matter.

© REUTERS / PAUL RATJE
House Minority Leader Kevin McCarthy speaks to the press during a tour for a delegation of Republican lawmakers of the US-Mexico border, in El Paso, Texas, U.S.,March 15, 2021.

Jeremy Adler, Cheney’s spokesperson, responded to remarks made during the on-air interview by stating that talk of her removal from the House GOP leadership post is rooted in “whether the Republican Party is going to perpetuate lies about the 2020 election and attempt to whitewash what happened on Jan. 6.”

“Liz will not do that,” Adler stressed. “That is the issue.”

The latest developments also came as reports surfaced that House Republicans were eyeing the possibility of ousting Cheney by the end of the month and replacing her with a lawmaker who doesn’t pose a threat to the party’s core message.

Incidentally, the office of House Speaker Nancy Pelosi (D-CA) took the infighting opportunity to toss some jabs across the aisle, releasing a mock “help wanted” ad for GOP lawmakers.