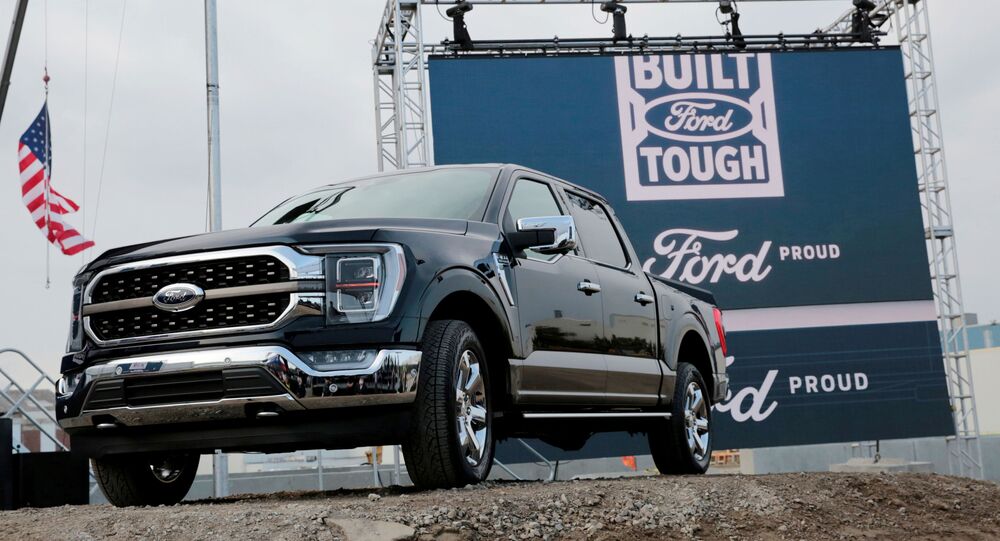 Back in January, Taiwan's Economics Ministry announced the Taiwan Semiconductor Manufacturing Co Ltd (TSMC) would begin prioritizing the production of auto chips if it could further increase capacity. TSMC Chairman Mark Liu has since projected the chipmaker will be able to meet its "minimum requirement" for customers before the end of June.

Speaking at a Council of the Americas event on Tuesday, US Commerce Secretary Gina Raimondo claimed Washington is advocating for American automobile manufacturers in conversations with the Taiwanese government and chipmakers like TSMC - the world's contract chipmaker.

"We’re working hard to see if we can get the Taiwanese and TSMC, which is a big company there, to, you know, prioritize the needs of our auto companies since there’s so many American jobs on the line," she said.

"As I said there's not a day goes by that we don't push on that."

Raimondo's comments come two days after TSMC Chairman Liu was featured in a "60 Minutes" broadcast on CBS. Liu said the Taiwan-based chipmaker first heard about the US' auto chip shortage in December, and has been working since January to meet the increased demand.

"Today, we think we are two months ahead, that we can catch up the minimum requirement of our customers, before the end of June," Liu said, emphasizing that this does not mean the auto chip shortage will end during the same period.

"There's a time lag. In car chips particularly, the supply chain is long and complex. The supply takes about seven to eight months," he added.

According to the official, the US should spend more money on research and development (R&D), and be more open to global cooperation when it comes to semiconductors.

"I think [the] U.S. ought to pursue to run faster, to invest in R&D, to produce more Ph.D., master, bachelor students to get into this manufacturing field instead of trying to move the supply chain, which is very costly and really non productive," he said. "That will slow down the innovation because-- people trying to hold on their technology to their own and forsake the global collaboration."

Intel, a US semiconductor company based in California's Silicon Valley, announced in March that it would make an estimated $20 billion investment in two new factories, or 'fabs,' in Arizona.

"Intel is the only company with the depth and breadth of software, silicon and platforms, packaging, and process with at-scale manufacturing customers can depend on for their next-generation innovations. IDM 2.0 is an elegant strategy that only Intel can deliver – and it’s a winning formula," said Intel CEO Pat Gelsinger in a quoted statement.

Shortly after Intel's announcement, TSMC announced plans to invest $100 billion in advanced chip research and development over the next three years.

Since then, reports have circulated suggesting TSMC will be expanding in the US state of Arizona, which is already home to the site of a $12 billion TSMC fab expected to begin production in 2024.

Citing three people familiar with the matter, Reuters reported on Tuesday that TSMC is planning to build five additional fabs.

"The United States requested it. Internally TSMC is planning to build up to six fabs," one person said.