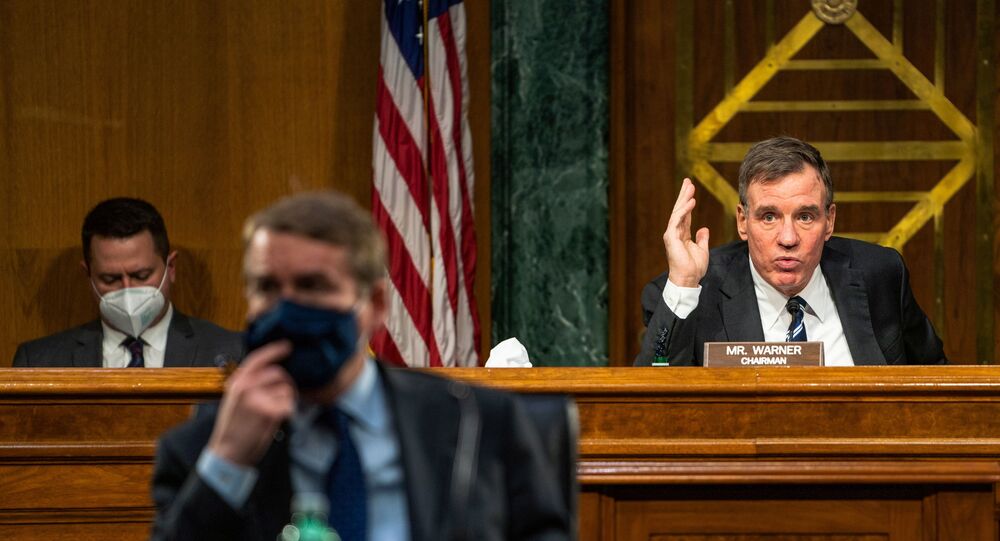 The attacks in question were first reported in 2016, when a group of US diplomats and members of their family suddenly fell ill with symptoms ranging from nausea and severe headaches, to hearing and memory loss. Since then, more incidents of the so-called “Havana syndrome” have been reported in the US and abroad.

A CIA briefing to senators on mysterious energy attacks against officials both abroad and inside the US in recent years has been one of the most contentious in the history of the Senate Select Committee on Intelligence, CNN reported, citing two anonymous sources familiar with the matter. According to the sources, the senators were stunned by the fact that they had just learned about the issue, which many believe poses a threat to national security.

According to them, the Senate Intelligence Committee told the briefers that those agency employees who had displayed negligence in dealing with the case, including by failing to provide medical treatment to the affected US officials and conduct an investigation into the incidents, should be held accountable.

Senators especially criticised officials in the CIA’s medical office, who initially doubted the testimonies of the affected US officials.

"There's a mysterious, direct energy weapon that is being used. And it is causing, in some cases, permanent traumatic brain injury. And yet the personnel involved have had a difficult time getting both the medical care and the financial help that they need from the CIA. And that is outrageous", said Republican Senator Susan Collins said.

Legislators also pressed Director of National Intelligence Avril Haines to declassify information about the energy attacks and share it with members of the Congress.

"Our concern obviously with the classification is because we believe that either it's protecting sources and methods, and it's critical to our national security, and we'll have to figure that out with you", Haines responded. "But you should certainly have access to the classified information. And we should figure out if there's a way to help you address these issues more generally".

How Has the Agency Responded?

The newly-appointed director of the CIA, Bill Burns, earlier said that he had appointed a senior officer, who will report directly to him, to deal with the issue. He also said that he had met with US officials who were affected by the energy attacks.

"I've met with three different groups over several hours with my colleagues going back to Havana who have been affected by these incidents simply to make clear to them not only my personal priority, but that we take very seriously what they've experienced and have enormous respect for their sacrifice and their dedication and that we will get to the bottom of this", Burns said.

First in Cuba, Then in the United States

The CIA briefing came in response to a statement released by the Senate Select Committee on Intelligence last Friday. Lawmakers expressed concern about the invisible attacks on US personnel, which, according to a 2019 study, had caused "brain abnormalities". These attacks appear to be on the rise, the committee said.

"This pattern of attacking our fellow citizens serving our government appears to be increasing. The Senate Intelligence Committee intends to get to the bottom of this", read the statement.

The invisible attacks in question were first reported in Havana, Cuba in 2016. Back then, a group of US diplomats and members of their families suddenly fell ill. Symptoms ranged from hearing loss, dizziness, and loss of balance, to loss of memory, severe headaches, and constant fatigue. The disease was dubbed by the media the "Havana syndrome".

Similar symptoms were experienced by Canadian diplomats in Cuba, which prompted Ottawa to cuts its embassy staff in Havana

Initially, the United States accused Cuba of conducting "sonic attacks", a claim which Havana denied. Current and former US officials later said that Russia was to blame for the attacks.

Subsequent examination of the affected officials revealed that they had signs of concussion and other brain injuries. Last December, the government released a report that said the injuries had likely been caused by microwave radiation. The report, however, did not attribute blame.

At the end of May, CNN reported that US intelligence agencies had launched an investigation into two incidents that occurred in Washington in 2019 and 2020 which are similar to the “Havana syndrome”.