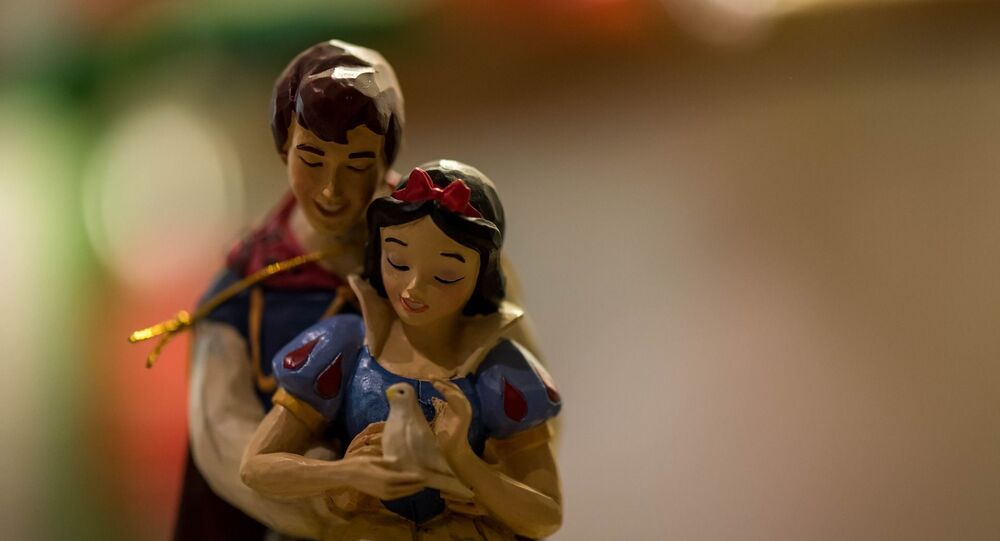 This is not the first time that the scene where the prince kisses Snow White, who is under the spell of the Evil Queen has drawn criticism. Kazue Muta, a professor at Osaka University in Japan has claimed the kiss scene promotes sexual violence.

After being closed for more than 400 days due to the coronavirus pandemic Disneyland in California has reopened its doors to the joy of little visitors and their parents. The theme park now has a revamped Snow White ride that features new audio and visual technology, upgraded animatronics, and laser projections.

Come ride the NEW Snow White’s Enchanted Wish at #Disneyland with us! pic.twitter.com/2T4qcM7PKq

​However, not everyone is happy about the attraction. A San Francisco newspaper berated Disney for keeping the kiss scene, which it thinks is outdated. True love's kiss, which saved Snow White from the spell "cannot possibly be true love" argues the newspaper, because the young woman did not give her consent to it.

"Haven't we already agreed that consent in early Disney movies is a major issue? That teaching kids that kissing, when it hasn't been established if both parties are willing to engage, is not OK? It's hard to understand why the Disneyland of 2021 would choose to add a scene with such old fashioned ideas of what a man is allowed to do to a woman", reads the article.

The news prompted strong reaction from netizens, who deemed that the world has gone mad.

This unfortunately is the politically correct & pandering world that we live in! 🙄

​Others contended that the author of the article should let kids be kids.

Seriously it's a fairy tail, it's not meant to be real, and children do not need to know about consent until they are atleast 13....bloody ridiculous let kids be kids.

​Many wondered how the prince should have broken the spell.

So the Prince was just supposed to leave her in a glass coffin for eternity?

Yep that’s the new alternative ending. “So poor Snow White never woke up, she died. The end”. I know which one would traumatise my kids more.

​Others drew attention to Snow White not objecting to the kiss when she woke up.

If she did not approve upon waking up, she would’ve slapped him and not jump into his arms 🙄

Since she immediately goes on to marry the Prince instead of tweeting outrage demanding we cancel him or going on Oprah, implied consent is a pretty good defense here.

Leftists are so sad. 😂https://t.co/1crwlhId4B

​However, there were those who sided with the author of the article and said the kiss scene was inappropriate.

Yep. Men aren't supposed to do that kind of stuff with unconscious women. Seriously. He shouldn't be touching her unless checking for pulse or doing some first aid treatment.