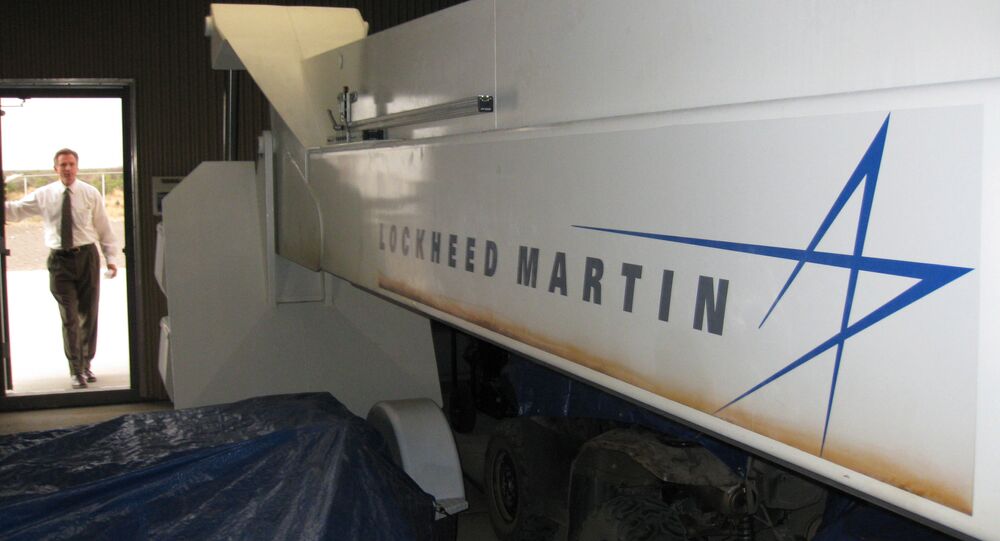 The Pentagon earlier confirmed the authenticity of the "tic-tac UFO" video that was recorded by US pilots in 2004. The US military also confirmed that a dedicated unit existed to study UFO sightings and possible threats, but did not delve into details of its findings.

Former US Senator Harry Reid has stated in an interview with The New Yorker that during his work in Congress he repeatedly heard about US defence industry giant Lockheed Martin purportedly acquiring the debris of a crashed UFO and studying it extensively in conditions of extreme secrecy. He noted, however, that he has never seen himself any proof to support these allegations.

"I was told for decades that Lockheed [Martin] had some of these retrieved [UFO] materials. I tried to get, as I recall, a classified approval by the Pentagon to have me go look at the stuff. They would not approve that. I don’t know what all the numbers were, what kind of classification it was, but they would not give that to me", Reid, who previously served as Senate majority leader, told The New Yorker.

The ex-Senator said that the Pentagon never provided a reason for denying his request, nor did it give Reid a higher clearance to get access to more classified materials.

Lockheed Martin's representative declined to provide a comment to the outlet in response to Reid's claims.

Reid's comments come as a development of his earlier statements in July 2020 for an article in The New York Times by Ralph Blumenthal and Leslie Kean. The article originally claimed that the senator believed that certain US aerospace companies obtained the remnants of a crashed UFO to study in secret under government contracts, but the story was later corrected to say that Reid believed that a UFO might have crashed and that its remains should be studied by the US.

US Government Ramps Up Transparency in UFO Probes

The new comments of the former senator come amid an apparent shift in the US government's approach towards UFO sightings – not only has Washington started taking them seriously, but it has also become more transparent about its probes into the matter. Namely, the US government recognised the authenticity of the videos of the so-called "tic-tac UFO" mentioned in a 2017 piece in The New York Times.

The unidentified aerial phenomenon (UAP), as the Pentagon calls it, shaped similar to a tic-tac candy, was sighted by American fighter pilots during war games conducted off the coast of San Diego in 2004. However, the authenticity of the videos from the incident was recognised only in 2019.

The same year the Pentagon also recognised the existence of the Advanced Aerospace Threat Identification Program (AATIP) – a special body that investigated UAP sightings and their potential threat. The body has purportedly been disbanded, but, according to a July 2020 investigation by Blumenthal and Kean, a new unit, called the Unidentified Aerial Phenomenon Task Force, was established in its place. According to the two journalists, citing the former director of the AATIP Luis Elizondo, the new programme was launched inside the Office of Naval Intelligence and will continue to study UFOs/UAPs.

US Government 'Has Acknowledged the Reality' of UFOs, Former Pentagon Official Says