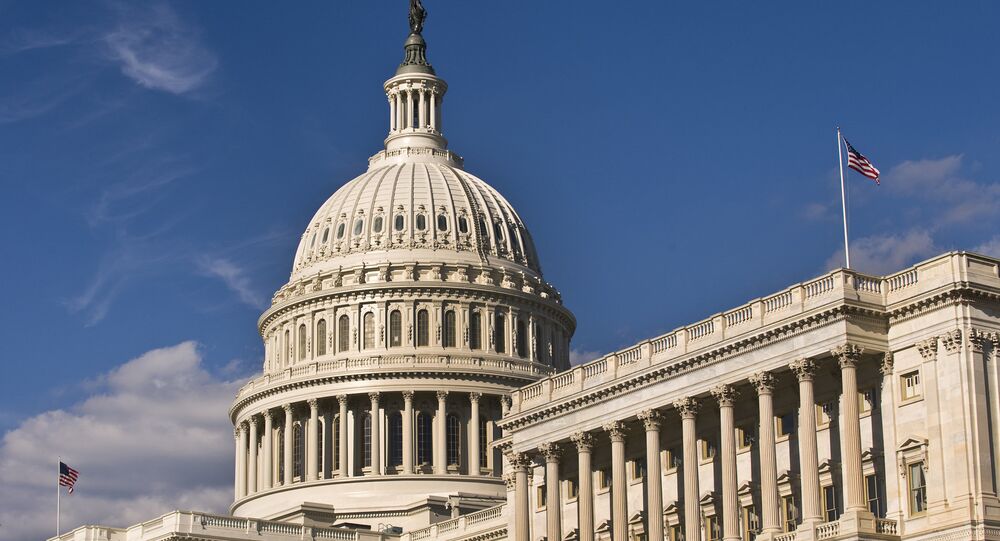 Earlier, media reports claimed Federal agents were investigating two possible 'attacks' on US soil involving the use of 'directed-energy' weapons, including one near the White House last November, and a separate incident in 2019 in a Virginia suburb.

Invisible 'energy attacks', like the one that purportedly caused debilitating symptoms among US government personnel in Havana, Cuba, and elsewhere around the world are believed to be on the rise again, according to the Senate Intelligence Committee.

"This pattern of attacking our fellow citizens serving our government appears to be increasing," says a statement by Senate Intelligence Chairman, Democrat Mark Warner, and Republican Sen. Marco Rubio of Florida, who is also on the panel.

The statement, released on 30 April, was prompted by two CNN reports claiming attacks similar to the original 2016 incidents in Cuba, dubbed "Havana syndrome”, had taken place in Washington, including just outside the White House, and in Miami, Florida.

"The Senate Intelligence Committee intends to get to the bottom of this. We have already held fact finding hearings on these debilitating attacks, many of which result in medically confirmed cases of Traumatic Brain Injury, and will do more," added the statement.

A mystery to this day, the alleged attacks have led to sickness and claims of brain damage among US diplomats abroad.

Symptoms attributed to the disease include ear popping, vertigo, pounding headaches and nausea, sometimes accompanied by a "piercing directional noise", the source of which has not been identified.

Members of Congress had been informed of the more recent incidents of the alleged attacks in closed-door intelligence briefings, CNN reported.

When questioned on the matter earlier, Director of National Intelligence Avril Haines told the Senate Armed Services Committee she could not discuss the issue openly because it involved classified information.

Both Warner and Rubio applauded renewed CIA investigation into the incidents "to better understand the technology behind the weapon responsible for these attacks".

The Senate Select Committee on Intelligence statement comes amid CNN reports that Federal agents have been investigating two possible attacks on US soil involving the use of directed-energy weapons. One ostensibly occurred near the White House last November, while a separate incident in a Virginia suburb is believed to date back to 2019, according to sources cited by the outlet.

Last week, Pentagon officials informed Congress that Russia was “likely” behind a string of directed-energy “attacks” against diplomatic, intelligence, and military personnel around the world, including Syria.

Soldiers and contractors in Syria had allegedly suffered from “flu-like symptoms” after a Russian military helicopter flew over their base, according to a recent Politico report, with an official later determining that the incident was the result of food poisoning.

The accusations of unknown adversaries carrying out directed-energy attacks against US staff date back to 2016, after reports that American government personnel at its Embassy in Cuba suffered from mysterious headaches, nausea, ear popping, vertigo, and ostensibly brain injuries.

© AP Photo / Ramon Espinosa
A classic American car flying a Cuban flag drives past the American embassy during a rally calling for the end of the US blockade against the island nation, in Havana, Cuba, Sunday, March 28, 2021.

Some of the incidents, which received the name of “Havana Syndrome,” were reportedly accompanied by "piercing directional noise". A subsequent Cuban investigation discovered the noise may have been related to staffers hearing the mating call of the male Indies short-tailed cricket.

Reports persisted, however, this time hailing from a diplomatic mission in Guangzhou, China and Tashkent, Uzbekistan, where US staff was believed to have suffered similar symptoms.

Earlier this year, the State Department said that it had “not yet determined a cause or culprit” for the attacks, with media reports citing anonymous officials and CIA analysts going so far as to suspect that Moscow for masterminding the attacks to try to harm US-China or US-Cuba relations. Others suspected Beijing’s involvement.