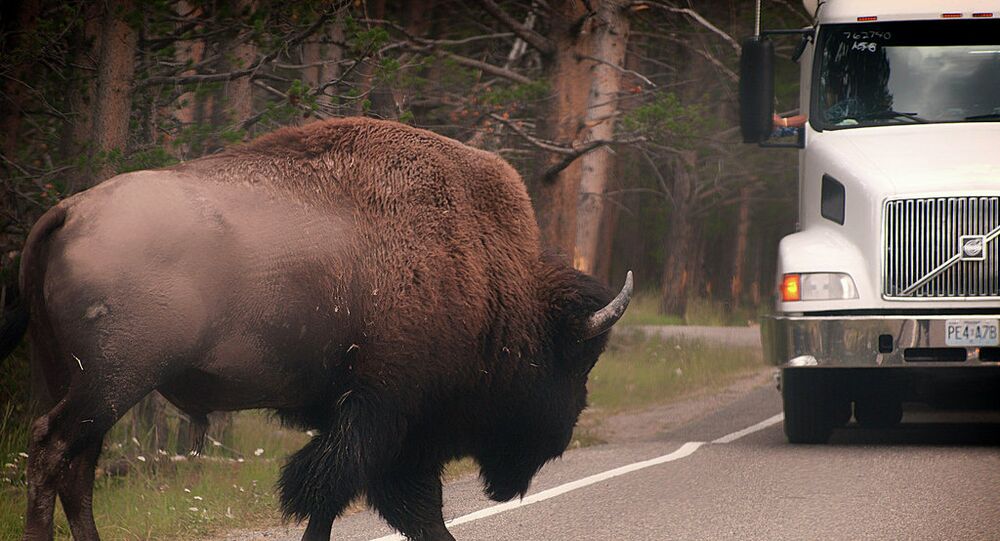 The US National Park Service said that in 2019, Grand Canyon National Park biologists began piloting the live capture and relocation of bison in addition to removal.

The US National Park Service and Arizona Game and Fish Department have put up an advert, seeking “skilled volunteers” to assist with the “removal of bison” on the North Rim of Grand Canyon National Park in Arizona in the fall of 2021.

According to the authorities, the bison herd size should be reduced to protect the park ecosystem and resources.

“Given the current distribution, abundance, density and the expected growth of the bison herd on the North Rim, the NPS is concerned about increased impacts on park resources such as water, vegetation, soils, archaeological sites and values such as visitor experience and wilderness character,” the advertisement reads.

The NPS, in cooperation with the Arizona Game and Fish Department, seeks skilled volunteers to assist with the removal of bison on the North Rim of Grand Canyon National Park in the fall of 2021. Interested parties should carefully read this announcement: https://t.co/26i4M4pGOH pic.twitter.com/LV0PucINfy

​According to the National Park Service, the population needs to be reduced from around 600 bison to a "manageable size" of 200 in a 3- to 5-year period, and fertility control measures alone would not reduce it quickly enough.

The volunteer application opens on Monday, 3 May, and there are several requirements for future bison removers, such as “high level of physical fitness ability” and firearm safety certification.

The candidates would also have to be able to land 3 of 5 shots in a 4-inch circle at 100 yards and come with their own equipment such as weapons, lodging, food, and field dressing supplies.

Since this is not a hunt, the volunteers would only have to pay a $65 fee associated with requesting a background check from the Arizona Department of Public Safety.

The authorities will select only 12 applicants from the pool to become “skilled volunteers” tasked with removing bison.