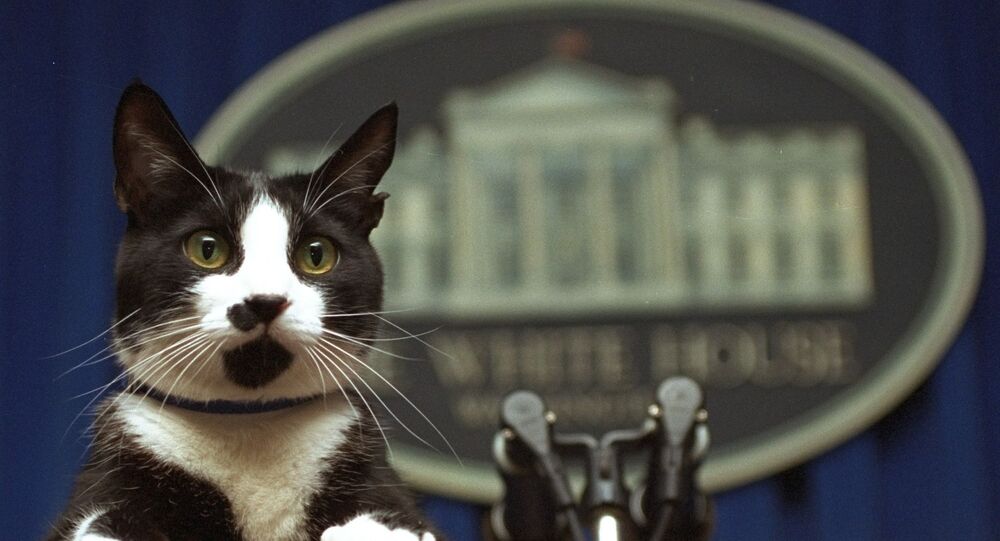 In more than a decade, the White House has not had a feline tenant. The last to date, India, the cat of former President George W. Bush and former First Lady Laura Bush, died in January 2009, just before they moved out, after having lived a long life of almost 19 years.

The Biden family, which lives in the White House with two German Shepherds, will soon be joined by a feline companion. In a Friday interview with NBC's Today Show, President Biden and first lady Jill Biden announced that they would be welcoming a cat into the presidential residence.

“She is waiting in the wings,” said first lady Jill Biden about a cat joining the White House. pic.twitter.com/6OXvM08oNP

"No, but it's easy," the president replied with a smile when host Craig Melvin asked if adopting a cat was the president's idea.

Following several biting incidents, Major, the younger of the Bidens' two German shepherds, made headlines across the nation. The puppy, which the Bidens received from the Delaware Humane Association, has recently been undergoing "private training" away from the White House to help him adapt to life there, according to reports from earlier this month.

"Well, that was part of his training," Jill Biden said in an interview when asked how Major would deal with a cat.

"They took him to a shelter with cats and he did fine," she added.

The first lady had previously hinted that she and her husband would soon be adopting a new furry family member. "I'd love to get a cat," she said in a TV interview last year, adding that she "loves having animals around the house."

All the Presidents' Pets

Presidents of the US have often kept pets or had animals as members of their families while in office. Some of the pets were actually livestock or working animals that were closely associated with the presidents or their families, such as George Washington's wartime horses Old Nelson and Blueskin.

The 7th US President, Andrew Jackson, for example, had a grey parrot named Polly, who reportedly swore so much and so loudly that it had to be removed from his funeral.

Cats were first introduced as residents of the executive mansion during the presidency of Abraham Lincoln, who once even remarked that his cat Dixie was "smarter than my whole cabinet." President Kennedy's family owned the dog Pushinka, the offspring of the Soviet space dog Strelka, who was presented to the president by the head of the USSR Nikita Khrushchev.

The Clintons' presidential cat Socks was likely among the most media-covered animal residents of the White House. He was so well-known that a book and a song were written about him, and even had its own website at one point. The cat, however, did not get along well with the president's labrador retriever Buddy, to the extent that Bill Clinton once reportedly said "I did better with the Palestinians and the Israelis than I've done with Socks and Buddy."

Just three presidents, James K. Polk, Andrew Johnson, and Donald Trump, did not have pets while in office.