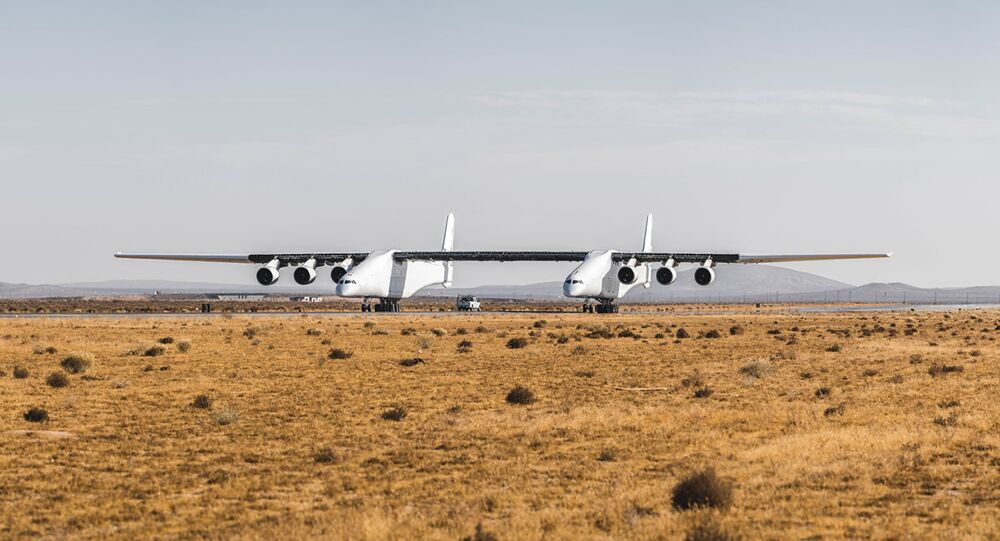 "We are airborne," the company said in a statement. "Currently performing various flight test maneuvers."

The aircraft will complete its test flight at about 2 p.m. Eastern Time (18:00 GMT)T. It is Stratolaunch's second test flight since April 2019.

© Photo : Stratolaunch / facebook
Taxi Tests for Paul Allen’s Stratolaunch Successfully Reach 90 mph
The company website emphasizes that the aircraft will be used as a mobile launch platform capable of launching more than one hypersonic vehicle during a flight. The company hopes this aircraft will create a more affordable and convenient hypersonic market by eliminating certain technical and logistical barriers in the industry, such as delayed launches due to bad weather.

Stratolaunch's aircraft is the largest aircraft in the world. It has six Boeing 747 engines that allow the aircraft to carry a maximum payload weight of at least 500,000 pounds. The aircraft's wingspan stretches over 100 yards.