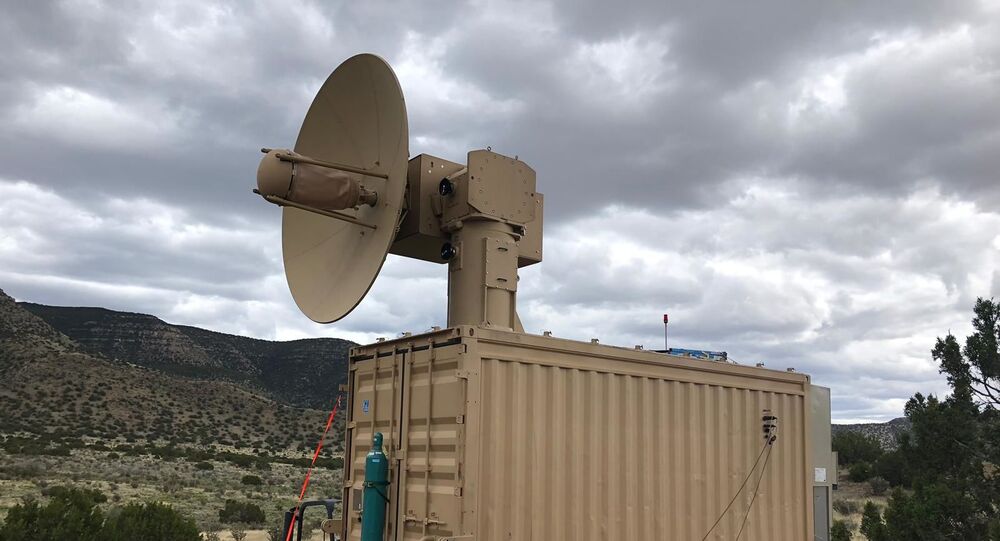 Washington has spent years claiming that Cuba has been carrying out “directed-energy attacks” against US diplomatic personnel at its Havana Embassy, but has failed to provide any substantive evidence to back up these claims. US officials have gone on to indirectly accuse China and Russia of similar attacks, again without proof.

Federal agents are investigating two possible attacks on US soil involving the use of directed-energy weapons, including one near the White House last November and a separate incident in 2019 in a Virginia suburb, CNN reports, citing multiple sources said to be familiar with the situation.

The sources noted that no conclusions have been reached about what actually happened, with Pentagon officials believed to have briefed Congress on the alleged incidents earlier this month.

The suspected White House attack was said to have taken place near the Ellipse, the large oval-shaped lawn ringed by a driveway on the White House’s south side bordering on Constitution Avenue, commonly visible in stock footage of the presidential residence. One National Security Council official apparently fell ill as a result of the incident. CNN’s sources did not specify whether the alleged attack took place before or after the 3 November election.

In the 2019 incident, which reportedly took place after Thanksgiving and was first reported by GQ in October 2020, a White House staffer felt a high-pitched ringing in her ears, an intense headache, and a tingling on the side of her face while walking her dog in Arlington, Virginia. Her dog reportedly seized up during the episode. She apparently suffered the symptoms after passing a parked van, with a man getting out and walking past her.

Astonishingly, the same staffer reported that she was involved in a similar incident in August 2019 while she was accompanying then-National Security Advisor John Bolton on a trip to London. The earlier episode was said to have taken place in her hotel room. The CIA has reportedly investigated both incidents.

© AP Photo
Pentagon Believes Russia Behind Mysterious Directed Energy 'Attacks' on Troops in Syria: Report
The US first began accusing unknown adversaries of carrying out directed-energy attacks in 2017, after reports that staff at its Embassy in Cuba were mysteriously falling ill and suffering from headaches, nausea, ear popping, vertigo, and brain injuries. Some of the attacks, which have since been referred to as “Havana Syndrome,” were reportedly accompanied by "piercing directional noise." However, a later Cuban investigation discovered that this noise may have been related to staffers hearing the mating call of the male Indies short-tailed cricket, which is notorious for its loud volume.

In the years since, the US has gone on to report that staff in a diplomatic mission in Guangzhou, China and Tashkent, Uzbekistan suffered similar symptoms.

Earlier this year, the State Department said that it had “not yet determined a cause or culprit” for the attacks, while anonymous officials and CIA analysts speaking to the media blamed Russia, going so far as to suspect that Moscow organised the attacks to try to harm US-China or US-Cuba relations, while others suspected Beijing’s involvement.

Last week, Pentagon officials told Congress that Russia was “likely” behind a string of directed-energy attacks against diplomatic, intelligence, and military personnel around the world, including Syria. According to a recent Politico report, soldiers and contractors in Syria thought they had been targeted by Russia because they suffered from “flu-like symptoms” after a Russian military helicopter flew over their base. However, an official later determined that the incident was the result of food poisoning.

While the US has blamed other countries for carrying out directed-energy attacks, the Pentagon has been busy installing new directed energy weapons systems on its warships, ostensibly to counter intelligence, surveillance, and reconnaissance, shoot down UAVs, and even disable small boats.