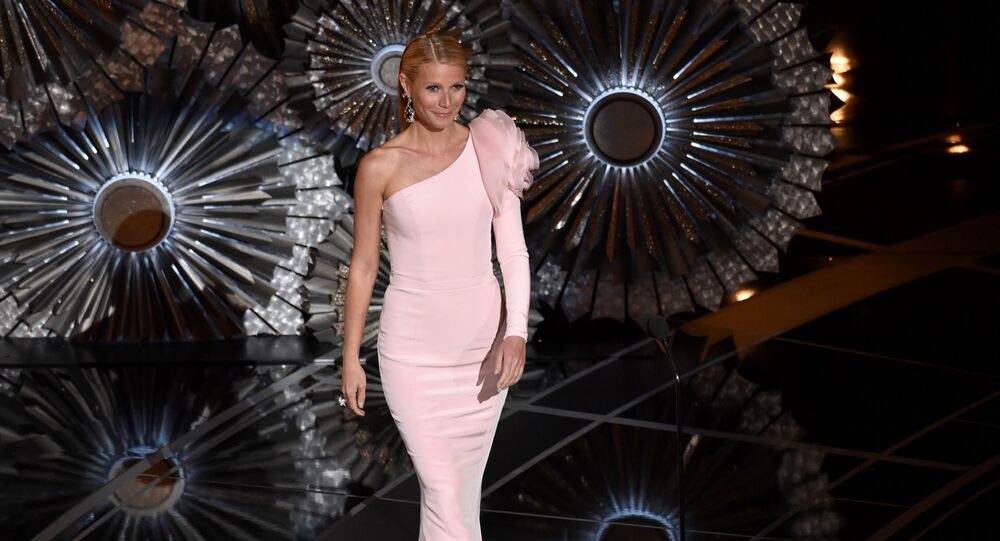 Gwyneth Paltrow: 'I've Learned How Not to Show Your Vagina on Red Carpet'

Actress Gwyneth Paltrow, who made headlines last year with her ‘vagina-scented’ candles, has had quite a history with red carpet looks – including going to Oscars braless.

In a new video for Vogue’s “Life in Looks”, 48-year-old Hollywood star Gwyneth Paltrow reminisced about her most iconic fashion choices, detailing the one thing she has learned about the red carpet gowns and recalling how she once went to the 2012 Met Gala completely pantsless with her legendary Prada look.

According to Paltrow, what looked like a really short and revealing dress to many was not quite a dress after all.

“I guess I should mention that this was the shirt, and there was a big skirt that came with it,” the actress shared. “But I was like, ‘No! … This is great. I love this.'”

​Despite her stylist’s attempts to convince her to go fully dressed, the “Shakespeare in Love” actress remained hesitant – the “only-short” gown was the right look for her.

“You know, you gotta get the weapons out. So I decided to go with just the shirt, and I don’t regret the decision”, Paltrow argued in the video, which also featured her controversial braless Alexander McQueen look, which she donned in 2002 for the Oscars ceremony.

Paltrow then added another line, much to the joy of the fans of her Goop well-being brand, which sells “This Smells Like My Vagina” candles.

“If I’ve learned one thing, it’s how not to show your vagina on a red carpet,” she added through laughs.

Paltrow, 48, has gained quite a reputation in recent years with her lifestyle brand Goop and some controversial sexual health products it has been selling and advertising apart from the aforementioned scented candles – including jade eggs and medical supplements to “balance hormones” and regulate menstrual cycles.