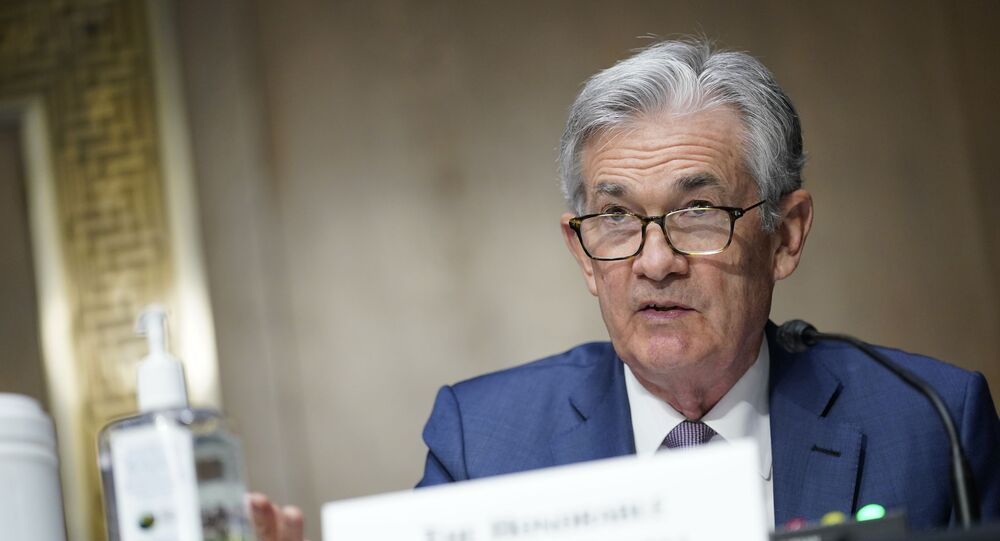 WASHINGTON (Sputnik) - The Federal Reserve is still figuring out what it would want from a central bank cryptocurrency though it is certain that China’s digital yuan will not fit the bill, Chairman Jerome Powell told reporters.

“The currency that's being used in China is not one that would work here,” Powell said on Wednesday. “It's one that really allows the government to see every payment that's used, for which it is used in real-time. It's more to do with things happening within their own financial system than it is to do with the global competition."

The United States would want a digital currency that it can use “for doing international business right away,” said Powell.

“We are engaged in a serious program to understand both the technology and the policy issues,” he added. “The dollar is used in transactions all around the world far more than any other currency. We also have open capital accounts.  Those are the factors that make us a reserve currency and we have to reflect those.”

The Fed and a host of central banks around the world have been at work in researching or launching their own digital coins as cryptocurrencies such as Bitcoin gain mass attention from investors. China has so far led other governments in experimenting with a digital yuan, which would be the world’s first sovereign cryptocurrency if launched.

Powell said the Federal Reserve was less worried someone or some country may first have a digital currency and more concerned about what such a mode of payment would mean to the United States.

“It is a tricky set of questions that we have to navigate in a world where we already have a highly evolved payment system,” he said. “Pretty soon everybody will be able to do what people do in other parts of the world, which is just use their phone to make immediately available payments all the time.  It will be normal. But what would be the role of a central bank digital currency in that kind of an environment?  It’s far more important to get it right than it is to do it fast or feel we need to rush to reach conclusions because other countries are moving ahead.”

China has said it will use the digital yuan for domestic transactions and the cryptocurrency Bitcoin for international transactions, having stated earlier that it now considers Bitcoin to be an alternative asset and form of investment, according to media reports.